For traders thinking Solana is controlled by the bears, a popular crypto market analyst, Chris Burniske, is giving a fresh perspective of hope for the major altcoin.

According to the former lead of Ark Invest’s crypto department, those who think that SOL is generally bedridden in a bearish mood are mistaken.

SOL Sets To Make a Breakthrough

Burniske said that the Ethereum killer still has a breakthrough opportunity to rally its price despite its reverse down at a resistance level.

The prominent analyst urged traders not to be extremely bearish on SOL as the coin would eventually retrace its value. He expects the crypto’s retracement to occur within the next few months.

Related Reading: Solana Keeps Positive Radiance But Bears Could Dampen The Mood At This Level

Burniske, however, cautioned that investors might experience price decline due to the market volatility, which might heighten and cause massive losses for traders who have opened long positions in their leverages.

Since the start of the year, Solana has been in a bullish mood and showing signs of resilience and bravery, actually benefiting from the recent market bullishness.

Based on the daily and weekly trading movement since the beginning of the year, the current bearish action of SOL can be regarded as a mere retracement, something which is generally seen in other risky assets.

Most Ethereum killers, including Solana, are witnessing a similar kind of price reversal, which signals no major panic on the part of the SOL price.

As per the TradingView chart below, the presence of a bullish hammer in the candlesticks signals the buyers are taking back control and pushing the price back above. The green indicator shows the sellers’ inability to drive the price of an asset further down.

SOL price is moving sideways on the 4-hour chart. Source: SOLUSDT on TradingView.com

Based on price analysis, the current sentiment is bullish, as this can also be seen in the RSI stands at 64.22, showing that Solana is in the bull territory. Generally, the technical analysis shows that Solana has the potential to regain its value, though it may experience some corrections triggered by macro events. 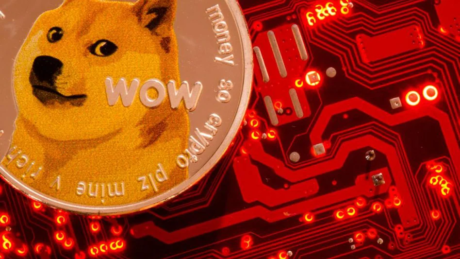