Bitcoin price remained well supported above the $22,300 zone. BTC is rising and might aim a fresh increase above the $23,500 resistance zone.

Bitcoin started a minor downside correction and tested the $22,400 support zone.
The price is trading above $22,500 and the 100 hourly simple moving average.
There is a key bullish trend line forming with support near $22,100 on the hourly chart of the BTC/USD pair (data feed from Kraken).
The pair could start a fresh surge if it clears the $23,500 resistance zone.

Bitcoin price gained pace above the $22,500 resistance zone. BTC even traded above the $23,000 level before it faced sellers near the $23,500 zone. There was a minor downside correction from the $23,400 zone, similar to ethereum.

However, the price is stable above $22,500 and the 100 hourly simple moving average. There is also a key bullish trend line forming with support near $22,100 on the hourly chart of the BTC/USD pair.

If bitcoin price fails to clear the $23,400 resistance, it could start another downside correction. An immediate support on the downside is near the $22,700 zone. 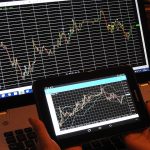 Bitcoin Arbitrage 2020: Are There Still Profits to Be Made?: Author – CFR Investing in NASDEX (NSDX): Everything You Need to Know: Author – NewsBTC