Bitcoin price is showing signs of getting overheated on daily timeframes using the Relative Strength Index (RSI). The tool, typically used to spot overbought conditions, is at one of its highest levels ever historically.

However, an elevated RSI reading in BTCUSD is deceiving, leading to some of the most dramatic moves ever on the cryptocurrency’s price chart. Here is a closer look at what happens when Bitcoin price action gets this hot.

After breaching above $20,000, onlookers are wondering if a possible bottom is in for Bitcoin, but remain skeptical after such a long, arduous downtrend.

Bears have good reason to expect a pullback: Bitcoin has become extremely overbought according to the Relative Strength Index. In fact, the top cryptocurrency is more overbought than at any other point during the entire bear trend.

Related Reading: Why A Morning Star Reversal Could Awaken A Monster Bitcoin Rally

Bulls, on the other hand, could be ready to push prices higher. In the past, the RSI has only reached such an elevated level – a reading of 90 or above – during the most intense bullish movements of recent years.

Elevated RSI tends to only happen during bull markets | BTCUSD on TradingView.com

Why Crypto Could Be Ready To Rip Higher Once Again

Bearish investors and traders might be quick to claim that this time is different, considering the Fed raising interest rates, the backdrop of war and recession, and more. But bulls have much more data on their side, and momentum at their backs.

In fact, bulls have the entire history of BTCUSD price action to prove that the Relative Strength Index reaching such highs have led to the greatest sustained gains in crypto.

Bull markets are characterized by recurring phases of extreme RSI readings. Bull markets also end at such extremes, but typically only after at least a series of three waves. Bear market peaks, throughout the entire lifetime of BTCUSD price action, always fail to reach such highly elevated RSI.

The Relative Strength Index was created by developed by J. Welles Wilder – who also developed the Parabolic SAR, Average Directional Index, and Average True. The technical tool measures the speed of the change of price movements.

Although readings above 70 and below 30 typically represent overbought or oversold conditions, a reading of 90 only occurs with an extremely fast and strong move. Such fast and strong moves tend to appear more often in a bull market than a bear market.

Cryptocurrencies can remain notoriously overbought during periods of FOMO. Is that exactly what we’ve seen in Bitcoin recently? And will the number one cryptocurrency by market cap rip higher, or ultimately see a rejection here due to such overbought conditions?

Follow @TonySpilotroBTC on Twitter or join the TonyTradesBTC Telegram for exclusive daily market insights and technical analysis education. Please note: Content is educational and should not be considered investment advice. Featured image from iStockPhoto, Charts from TradingView.com

Bitcoin Price Bounce Has Nothing to Do With Iran Situation: Author – W. E. Messamore 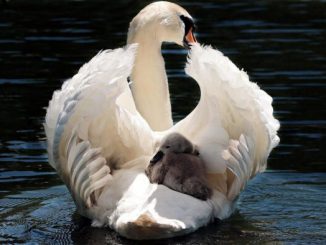