As pointed out by an analyst in a CryptoQuant post, the BTC aSOPR recently retested its 8-year old support.

The “Spent Output Profit Ratio” (or SOPR in short) is an indicator that tells us whether the average Bitcoin investor is selling at a profit or at a loss right now.

When the value of this metric is greater than 1, it means the overall market is moving coins at some profit currently.

On the other hand, values of the indicator less than the threshold suggest holders as a whole are realizing some loss with their selling at the moment.

Naturally, SOPR values exactly equal to 1 imply the investors are just breaking even on their investment right now.

Related Reading: Bitcoin Could Usher In December Near $18,000 If It Moves Past This Resistance

“Adjusted SOPR” (aSOPR) is a modified version of this metric that excludes from the data any selling of coins that was done within 1 hour of first acquiring said coins.

Here is a chart that shows the trend in the 20-day moving average Bitcoin aSOPR over the last several years:

Looks like the 20-day MA value of the metric has sharply declined in recent days | Source: CryptoQuant

As you can see in the above graph, the 20-day MA aSOPR rapidly went down following the FTX crash, and touched a low of 0.93 just a week or so ago.

This level was the same as the one seen during the lows of the previous bear markets, and each of the touches in those bears launched the metric back up.

The support line has now been active since 2014, and in the 8 years so far the indicator has never seen any actual dip below it.

Related Reading: Bitcoin Hits $17,000, But Is It Too Early To Call The All Clear On The Bear Market?

Since the retest of this support level a week ago, the metric has already bounced back up, suggesting that this important support line is still holding right now.

However, it’s uncertain whether this successful retest means the bottom is now in. Back In the 2018/19 bear, it was indeed the case, but in 2014/15 it took two touches of the line before the real bottom formed.

At the time of writing, Bitcoin’s price floats around $16.8k, up 3% in the last week. Over the past month, the crypto has lost 18% in value.

The below chart shows the trend in the BTC price over the last five days.

The value of the crypto seems to have been moving sideways since the surge | Source: BTCUSD on TradingViewFeatured image from André François McKenzie on Unsplash.com, charts from TradingView.com, CryptoQuant.com 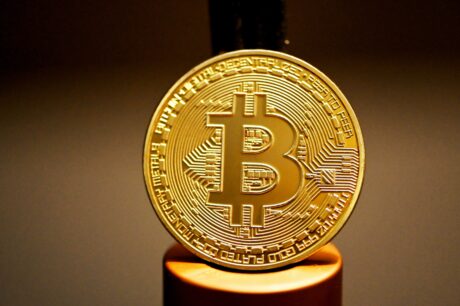 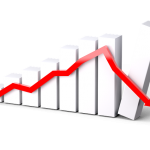 Why The Bitcoin Price Could Be Building An Uptrend: Author – Reynaldo Marquez