MANA, the cryptocurrency used as payment for goods and services in the metaverse project Decentraland, has already lost 33% of its value over the last 30 days.

Below, a summary of how MANA has been performing in the last few days:

MANA registered an increase of more than 6% over the last seven days
The crypto asset succeeded in recapturing the $0.40 marker
A climb above the $0.50 category remains possible for the token

Since then, the digital token has engaged in multiple attempts to trim its losses, starting with recapturing the crucial $0.4 marker. So far, the crypto has been successful in this endeavor.

At the time of this writing, according to tracking from Coingecko, the altcoin has managed to increase its value by 3% during the last 24 hours to trade at $0.4174.

Over the previous seven days, MANA has tallied an impressive gain of 6.2% and its price action indicates traders are poised to make profit with the asset.

When the bulls successfully found a resting zone at $0.2572 after the FTX implosion last month that made the cryptocurrency lose all its gains prior to the unfortunate event, MANA price movement ended up being caught in an ascending triangle pattern.

Related Reading: Chainlink May Rise 25% This Week As Bulls Work To Reclaim Its Pre-Crash Value

In crypto space, this kind of price trajectory denotes a bullish rally and, in the case of the crypto, some of its technical indicators are suggesting it is not yet done recovering its losses and is headed for another upward breakout.

Its Relative Strength Index (RSI) is steadily rising and has moved out of the oversold territory, indicative of diminishing seller influence and increasing buying opportunities.

Moreover, after being flat for about two weeks, the altcoin’s On-Balance Volume (OBV) moved up, indicating a rise in trading volume brought about by healthy buying momentum.

Finally, MANA has established a bullish MACD which is considered to be a buy signal for an early uptrend.

Given all of these considerations, experts predict that if Bitcoin, being the leader of the pack, is able to recapture and hold the $17K turf, the Decentraland digital token will have $0.4740 and $0.5054 as its next destination.

Investors Should Still Be Wary

Holders, prospective buyers and traders must not be complacent due to the idea that they could make sizable profit from MANA right now as there’s still a chance that the bullish thesis could be negated.

Analysts believe that if the crypto fails to close today’s sessions with a price that is higher than the $0.3572 support zone, it will abandon any chance it has of hitting its next targets.

Moreover, Bitcoin is also integral to MANA’s progress as its failure to sustain the $17K region could doom the 57th largest cryptocurrency in terms of market capitalization.

At the time of this writing, BTC is changing hands at $17,025 and is dangerously close of falling back to the $16,000 region once again. 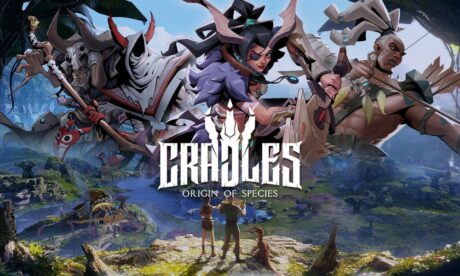