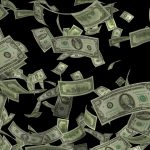 11 Bitcoin And Blockchain Leaders Made Forbes 30 Under 30 List: Author – CFR