The narrative around the largest crypto exchange in the world, Binance, is changing; the company is being accused of trying to create a monopoly by many users, and it is being compared to Amazon and other behemoths in the traditional financial sector. Is there any truth to these claims?

Per an article by The Guardian, Binance is on its way to consolidating a monopoly in the crypto industry. The company led by Changpeng “CZ” Zhao has diversified its products and subsidiaries to capture market share from traders, investors, stakers, non-fungible token (NFT) users, and more.

Building The Amazon Of Crypto

Its demise has been beneficial for Binance. In recent weeks, Binance’s fiercest competitor, FTX, collapsed. The failed company filed for bankruptcy in the United States.

The author claims that Binance “manipulates” the spot price of Bitcoin and uses trading software to liquidate its customers’ positions. Thus, the crypto trading venue can take the reins of the crypto market and enforce its monopoly. However, the article makes several unbacked claims.

In addition, the author claims Binance will increase BTC’s price to attract users back to the platform. The cryptocurrency’s price is moving in tandem with traditional markets, and it is likely to continue its downtrend as long as macroeconomic conditions dictate it.

Despite these facts, the article showcases the rumors and speculation around Binance and its CEO. On several occasions, CZ has talked about his surprise about FTX’s collapse and denied that the company had significant involvement in recent events.

Furthermore, CZ believes that the industry doesn’t benefit from imploding exchanges, customers and institutions losing money, and people losing confidence in the nascent industry. In an interview with TechCrunch, the executive said the following about his participation in FTX’s collapse:

I still don’t think I have that much influence. I think we were the last straw that broke the camel’s back. It’s not a straw that is really strong. There’s a whole bunch of stuff that built up to it. I just may have happened to be the last thing that pushed it.

Data indicates that the exchange benefits regardless of how CZ feels about FTX and creating a monopoly. The trading venue absorbed a significant portion of its failed competitor’s Open Interest and trading volume, as seen below.

3/ @binance was the main beneficiary of the @FTX_Official collapse, gaining 9.6% in market share.

DeFi failed to capture any meaningful volume in the fallout continuing to hover around 3%.

In the interview with TechCrunch, CZ acknowledged their efforts to raise an “industry recovery fund.” This intuitive aims at collecting millions to support the nascent industry and related projects.

In that sense, CZ claims that almost “all projects you hear about in the news” will go to Binance to receive financial assistance or to form a partnership. This status quo showcases the omnipresence of CZ and his company in the industry.

However, FTX’s phantom might hunt its competitor in future years. On the latter, CZ added:

Many consumers are really hurt financially, they have money stuck on FTX, etc. That’s going to really shake confidence and credibility in the industry. We will have a lot more education to do. We do need to increase transparency of our businesses — significantly. That itself is actually probably a good thing. Has Mark Cuban Changed His Mind on Cardano?: Author – NewsBTC 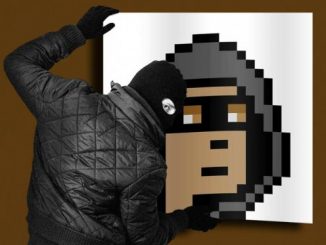