It is no secret that many cryptos have been experiencing a price plunge. As of June 18, the price of the world’s largest digital currency, Bitcoin, fell to about $17,622. This data was taken from Binance. Since then, there have been several conversations as to whether or not that price will be the lowest for the asset.

A digital currency analyst from CryptoQuant has revealed the possible price of Bitcoin in the nearest future. CryptoQuant is a recognized digital currency resource platform. According to the analyst, the $17,622 price mark may not be the lowest Bitcoin will see. However, this assumption is not very solid given the level it is at the moment.

Many traders and investors are still doubting if there will be a positive change soon. Several pieces of information state the possibility that Bitcoin will still hit a price mark lower than $20K.

The scenario has made several digital currency holders sell off their assets. Also, before now, certain major crypto firms have taken some hard decisions due to the bearish turn of the market. A notable example of these crypto firms is Vauld.

According to reports, the crypto lending platform had to suspend withdrawals and reduce its headcount. This was revealed on July 4.

Going further, a cryptocurrency resource platform analyst, Tomáš Hančar, has explained the possibility of his prediction. According to him, the LTH SORP 20-day chart SMA is projecting a 1/3rd chance of Bitcoin hitting that bottom price mark.

The explanation of the indicator (SMA) presented above is an acronym for 20-day chart Simple Moving Average. This represents the LTH SOPR (Long-Term Holders’ Spent Output Profit Ratio.

According to the data, the ratio derived has been below the impartial level worth of “one” for up to three months. Drawing from the analyst prediction, this is 1/3rd the level that explains a potential bottoming process.

After this analysis, Tomáš Hančar concluded that buying BTC should commence now. This is because there will be a strong bounce-off in a short while. But, there is a drawback to be aware of, he added. That is the probability that the digital token will drop below the $20K price mark.

According to the crypto market watch data, 47 days have passed since the last new low of Bitcoin price.

Related Reading: SOL Loses $40 After The Exploit – What’s The Next Support?

Considering this fact, the analyst suggested traders furthermore; he cited that it will be necessary for traders to deploy a potential breakout option. 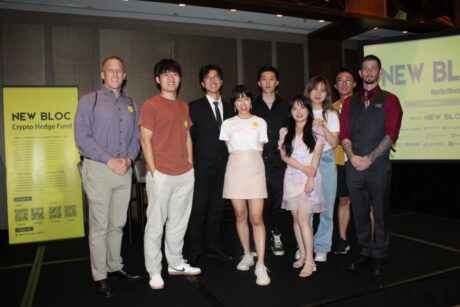 Why “Low” Capitulation Might Hint At More Pain For The Bitcoin Price: Author – Reynaldo Marquez