Is the Bored Ape Yacht Club secretly racist? We at Bitcoinist studied both sides of the case back in the day, but the rumor persists. In fact, the Internet seems to be even more obsessed now, and a lot has happened since we first analyzed it. For example, all of the creators were doxxed and now live a very public life. Is this relevant to the racist iconography allegations? It certainly is.

At the time, through Yuga Labs’ Twitter, the Bored Ape Yacht Club creators claimed to be “real-life friends with diverse backgrounds – Jewish, Cuban, Turkish, Pakistani.” Bitcoinist qualified that as “a very convincing answer” to the allegations that the NFT collection contains blatant nazi iconography. However, we presented the following caveat.

“The thing is, they’re still anonymous. So, we can’t really know if what they’re saying is true. Are they who they say they are? Is the Bored Ape Yacht Club as innocent as they depict it? Or is there more to the story?”

We find answers to those questions in Input Magazine’s profile of the two main creators, Greg Solano AKA Gargamel, and Wylie Aronow AKA Gordon Goner. Since they were suspiciously doxxed by Buzzfeed, the whole team behind the Bored Ape Yacht Club NFT collection became public knowledge.

Who Else Is Behind The Bored Ape Yacht Club?

Back to the profile:

“Zeshan Ali, 32, who went by No Sass, since shortened to Sass (“Here for the Apes. Not for the sass,” his bio on the BAYC site reads), and Kerem Atalay, 31, AKA Emperor Tomato Ketchup (a name taken from an album by the Anglo-French indie pop band Stereolab).”

Imput Magazine also identifies “Nicole Muniz, now CEO of Yuga” and a “visual artist known as Seneca, who worked on the initial BAYC concept art.” The extensive article touches on the “interoperable metaverse” Bored Ape Yacht Club is building, both childhoods, the celebrity holders they hang out with, a sickness, their friendship, the origin story of the NFT collection, Solidity, Seth Green’s show, how “they’re not living glamorous lifestyles,” and the doxxing. About that, the magazine quotes Ali.

​​“I remember being at ApeFest last year and savoring the fact that I can hang out with anybody, and no one knows who I am. Once the doxxing happened, I knew that was not going to be the same.”

So far, so good, The Bored Ape Yacht Club creators are doing a good job defending themselves and proving they’re a multicultural group.

“Ali grew up on the West Coast to immigrant parents from Guatemala and Pakistan who met taking English language classes. Atalay’s parents are also immigrants, from Turkey; he says he had a “normal, suburban upbringing,” mostly in the Washington, D.C., area.”

They even have an origin story that explains why they choose apes as the focus of their collection that doesn’t imply “simianization.” It is also consistent with what Yuga Labs has stated before.

“Aronow sent Solano “this whole essay” mapping out the idea, in which the name “Bored Ape Yacht Club” appeared. “Being the great editor he is, [Solano] goes, ‘That’s it. That’s the idea,’” Aronow recalls. The concept evolved into the millionaires being actual apes — in crypto, the term “aping in” means compulsively investing in a new project without doing much research — living in the year 2031.”

However, the profile contains suspicious statements that make us doubt the whole story. Suspicious and unnecessary statements, to make it worst. For example:

“Other high-profile holders include Jimmy Fallon and Paris Hilton, who in January engaged in an infamously cringe exchange about their Apes on The Tonight Show. (Solano and Aronow, who say they weren’t aware of the Fallon segment in advance, found it “very surreal.”)”

Come on… everything that happens in late shows is scripted to death and part of a marketing plan. Chances are the Bored Ape Yacht Club creators were not only aware, they probably concocted the whole situation. And if they did that, who’s to say they didn’t arrange the doxxing as well? It certainly helped them and gave them material to defend against Ryder Ripps.

Since Bitcoinist’s analysis of the racist iconography allegations, Ryder Ripps has been busy. He created an NFT project “identical to the Bored Apes in May. The project made an estimated $1.8 million in profit, according to Artnet.” Of course, Yuga Labs sued him. The fact that he’s making money while claiming the BAYC is riddled with nazi symbolism doesn’t look good on any front.

In any case, Ryder Ripps’ justification for the creation of the RR/BAYC collection is questionable as well. Back to Input Magazine’s profile:

“Suggesting that I do things for money is an easy way to deflect attention from [my] criticism’s validity,” says Ripps, who has called his collection a “protest and parody of BAYC.” In a video interview with The Defiant, Ripps called RR/BAYC, “probably the greatest work I’ve done.” He added, “It proves what an NFT is. It’s provoking a company. It’s shedding light on a very important issue. It’s creating an army of educators.”

The BAYC Defend Themselves. Kind of…

What can the  Bored Ape Yacht Club creators say at this point? Not much, but still, their response in the profile leaves much to be desired. Solano says:

“​​It’s extremely apparent to anybody who knows our history how absurd this is. That said, the persistence, the maliciousness of the troll — frankly, how f*cking evil the whole thing is — it’s hard.”

Even the profile’s author, who’s been on their side through the whole article, notices that something’s up, and qualifies their allegations as “the party line.”

‘The founders say Ripps is a “vicious troll” who’s good at “cherry-picking” examples to make them look bad in front of those who don’t know better. They bring up the party line, which is that Aronow and Oseary are Jewish, and the other three Yuga founders are children of immigrants.”

That refers to “Guy Oseary, a veteran talent manager who represents Madonna and U2, came on as a BAYC business partner.” The profile quotes him on the matter.

“Early on, I really was offended. I even reached out to [Ripps]. I thought by me talking to him, he would know that I would never be affiliated with anything like that. You know, I’m Israeli, I’m Jewish.”

By the end of the article, Solano and Aronow share the most honest quote and the best defense for the Bored Ape Yacht Club.

“It’s hard not to offend everybody in the world,” Aronow adds.”

So, does the Bored Ape Yacht Club NFT collection contain racist iconography? That’s for you to decide.

Featured Image: Solano and Aronow, picture from the profile | Charts by TradingView 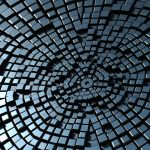