Crypto hedge fund 3 Arrows Capital is slated to be another pillar piece of 2022’s bear market headlines, joining the likes of brutal bear market moments that include Terra Luna’s downfall and CeFi’s drama.

While rumors have swirled for several weeks now about 3AC’s status, limited details with concrete information have been released. That’s evolving to close out this week, as new reports have shown that 3 Arrows Capital is filing for Chapter 15 bankruptcy in New York.

In a bull market, it can all be rainbows and sunshine – and 3 Arrows was certainly seeing that with an AUM at around $10B earlier this year. As the tides have shifted this year, though, so too has the business operations.

The unraveling began in early June with speculation that 3AC was failing to make owed payments, headlined by ~$80M owed to derivatives exchange Deribit. Following roughly a week or so of silence from 3AC co-founders Zhu Su and Kyle Davies, Su posted this this tweet, essentially confirming that 3AC was facing serious liquidity issues:

It’s been dominos ever since. CeFi platform Voyager Digital stated that they could lose in excess of $650M due to the 3AC collapse, according to the Financial Times; the platform has since suspended withdrawals and trading. Fellow CeFi player BlockFi also sustained roughly $80M in losses, according to the Times.

This week, 3 Arrows filed for Chapter 15 bankruptcy in New York, following liquidation as well as regulatory inquiries from Singaporean officials, where the hedge fund is based. Chapter 15 is geared towards addressing “cross-border insolvency.”

Centralized finance platforms, commonly referred to as CeFi, aim to take the utility of DeFi and integrate easy-to-use mechanisms and UI to attract more casual consumers with aggressive yields. However, speculation has surrounded a bevy of these firms as speculators suggest that their loans are high-risk and that their liquidity is volatile.

Then comes the subsequent problem – where even if liquidity isn’t an immediate issue for a CeFi platform in a downturn, users belief in potential liquidity concerns leads to a bankrun, and now liquidity becomes an issue because of mass withdrawals. Many believe that some CeFi platforms have engaged in riskier processes to generate yield, which adds another layer of complexity, and for platforms with ties to VC firms like 3 Arrows Capital, things only get even cloudier.

Related Reading | Can This Bitcoin Ratio Have Hints For A Bottom?

Featured image from Pixabay, Charts from TradingView.com
The writer of this content is not associated or affiliated with any of the parties mentioned in this article. This is not financial advice. Institutions ‘Appear to Have Missed out’ on Bitcoin’s Rally to a New All-Time High: Report: Author – Francisco Memoria 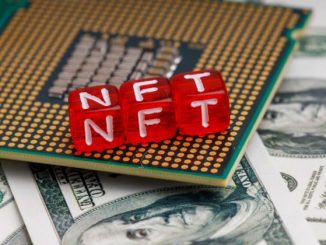