Compass Mining is one of the leading bitcoin miners in the space and has been operating to great success until the crash of last month. This crash had left a lot of miners scrambling to sell their holdings in order to continue their activities and some have been forecasted to go bankrupt in the coming months if the low prices persist. However, it seems it is starting early for Compass Mining which has now lost one of its facilities.

Related Reading | Canadian Purpose Bitcoin ETF Suffers Massive Outflows, But Others Are Picking Up The Slack

On Monday, Dynamics Mining took to Twitter to announce that it was terminating its hosting contract with one of the miners. In the tweet, it named Compass Mining and alleged that the mining company had failed to pay the agreed-upon power consumption charges for the facility.

Interestingly though, it would seem this was not a recent problem for Compass Mining as Dynamics Mining has alleged that it had received six late payments and three non-payments so far. It is also said to have failed to pay the monthly fee and has not made payments since February 1st, 2022 which was before the latest market crash.

The hosting company stated that Compass Mining has used a total of $1.2 million in power consumption costs but had only paid $415,000 and $250,000 in initial power deposits. Additionally, Compass had claimed that they had paid Dynamics but the hosting companies say that they had instead used the money to build out their facilities.

For clarity @compass_mining power consumption @Dynamics2k totaled $1.2 million and they only paid $415k and $250k initial power deposits. Compass claims that they gave money to @Dynamics2k but the money was used to build out their facilities. #truth pic.twitter.com/9esvuCFulO

Along with the decline in bitcoin mining profitability, the mining company stocks have been taking a hit due to their close ties to the price of bitcoin. Last week would prove to be a bloody market for them as most mining companies had recorded losses in their stock prices.

The largest of these companies such as Marathon Digital Holdings and Riot Blockchain had seen some of the highest declines with -5.78% and -7.68% respectively. It has also dragged down its market cap and has received less attention from investors.

Others such as BiT Mining and Iris Energy had however gone against the grain in this regard. They were among the only few mining stocks to see positive returns for last week and went as high as double-digit green figures for the seven-day period. It came out to 11.82% for BiT Mining and 12.13% for Iris Energy.

The largest drop for the week was seen in Core Scientific which lost 12.92% of its value and is now sitting at a market cap of $592.237 million. The fall in stock prices also followed the decline in bitcoin’s price which had fallen below $21,000 during the weekend. 3 Reasons Why Bitcoin Is Likely Near a Bottom After 25% Retracement: Author – Nick Chong TA: Why Ethereum Must Clear $3,400 For Hopes of a Fresh Increase: Author – Aayush Jindal 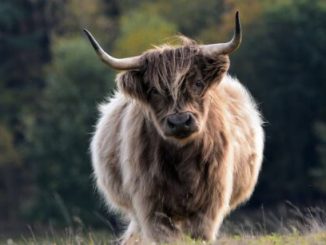 Litecoin (LTC) Leads Gains With Over 24% Increase In The Week: Author – Alyz