While many states across the US are leaving no stones unturned to entice crypto mining companies to set up shop in their respective jurisdictions, New York’s lawmakers are moving in the opposite direction.

As the NY State Legislature entered the eleventh hour of its 2022 session, an early morning vote in Albany on Friday passed a bill that potentially will impose a strict 2-year ban on all new crypto mining permits. The bill also intends to ban certain existing mining operations that run on carbon-based power sources, primarily set-ups repurposing fossil-fuel burning plants.

After being passed by the Assembly in April, the bill languished in the Senate for weeks until it was unexpectedly brought back to life and passed just before the Senate adjourned on Friday morning. The Democrat-controlled state Senate is expected to take up the matter shortly before the bill lands on the desk of Governor Kathy Hochul, who will determine its fate.

NY lawmakers backing the legislation have also provided their reasons behind this sudden move. They have clarified that this is being done to curb New York’s carbon footprint by cracking down on mining companies, especially those employing non-renewable resources. Unless a proof-of-work (PoW) mining company can show evidence that they are using 100% renewable energy, they wouldn’t be allowed to expand or renew their permits.

A Draconian Law Or A Well-Thought Move?

While the top brass continues to back their decision, this unexpected move has drawn sharp criticism from the crypto community.

According to Narek Gevorgyan, CEO & Founder of CoinStats, “I’m unsurprised that New York politicians would take a stand against proof-of-work mining, similar to their European peers, but the New York bill epitomizes virtue signaling. I understand that New York has outlined aggressive goals to reduce reliance on fossil fuels, but conflating the matter with mining is short-sighted.”

Gevorgyan stresses, “Not only will this make proof of work mining firms more reluctant to do business in New York, but it will also directly impact the state’s tax coffers. Miners are voting with their feet by moving to friendlier jurisdictions, and the state has already lost considerable revenues by advancing this rather draconian regulation.”

Following China’s clampdown on crypto mining, New York has emerged as a major mining hub. This has led to a sharp rise in the “revival” of broken-down coal mines and low-cost natural gas use as miners experiment with alternatives to power the energy-intensive mining rigs.

Mining companies across New York have set up in former power plants shuttered due to inefficiency, carbon emissions, and power consumption. Restarting and repurposing these plants reverses the reductions in greenhouse gas emissions that the shutdowns had achieved thus far. As a result, NY’s progress on meeting its climate goals – at least the limit it is legally bound to meet – has slowed significantly. In this context, the bill, if passed, may help NY to get close to, if not achieve, its climate goals.

But there are serious repercussions as well.

Crypto industry leaders aren’t very supportive of the bill, primarily because they believe that if Governor Hochul signs it into law, it will influence regulations in other states and even at the federal level. Meanwhile, miners feel that this move by New York lawmakers will backfire because miners will start moving out to other states, thereby weakening NY’s economy significantly.

Vincent Hung, Head of Marketing Communications at ParallelChain Lab, points out, “New York state has not been a place where the mining sector is significant. Even with China’s outright ban on mining last year, Bitcoin’s hash rate recovered pretty quickly. The major impact anticipated from this potential ban would be the existing operations in New York being driven to other states, and the impact will persist even after the ban is lifted in 2 years.”

He adds, “The environmental cost of mining is a known problem, hence the popularization of Proof-of-Stake. Yet, a notable variant can be seen in the energy consumption of the many variations of Proof-of-Stake. Being sustainable is an ongoing process, which means PoS protocols should be held to increasingly higher standards of energy efficiency.”

The latest data from Foundry indicates that New York’s share of the crypto mining market dropped from 20% to 10% since the bill was first floated in April. This happened because large mining companies started moving out to more crypto-friendly jurisdictions in other parts of the US.

From a miner’s perspective, New York provides the best conditions to mine cryptocurrencies using cheap power sources. NY produces more hydroelectric power than any other state east of the Rocky Mountains and generates about one-third of its electricity from renewable sources. The state’s chilly climate makes it easy to cool the rigs employed in crypto mining. On top of that, considerable abandoned industrial infrastructure is available for reuse.

Yes, New York does feature zealous climate goals set out by the Climate Leadership and Community Protection Act, requiring it to cut greenhouse gas emissions by 85% by 2050. That said, since most of NY’s power is generated from renewable energy, isn’t the idea of outright banning mining operations a bit extreme?

Instead, NY lawmakers should consider how Kenyan energy company KenGen is enticing miners to use its excess renewable power. The company claims that 86% of its energy is generated from renewable sources, primarily from the geothermal pockets scattered across the Great Rift Valley. New York is already generating one-third of its electricity from renewables. As such, it can create new laws that attract miners, not laws that repel them.

Adrián Eidelman, RSK’s Head of Strategy & Co-founder at IOV Labs, argues, “Bitcoin is an energy scavenger looking for the cheapest available resources such as hydro, geothermal, and wind, in remote locations far from large urban areas. For this reason, Bitcoin mining is proving to be much cleaner than the industry standard. It also generates incentives for developing new renewable energy sources as it operates as a subsidy until distribution lines are built. Bitcoin is creating the demand for green energy today until there is demand from cities that justifies high prices to cover transmission costs.”

He explains, “A Bitcoin mining ban will only prevent renewable-energy miners from running operations in the state, while the best way to discourage carbon-based power sources is to subsidize green mining. In the end, if the bill is approved, it will only force mining businesses to take jobs to more Bitcoin regulatory-friendly regions, in the US or abroad. Last and most important, New York’s Bitcoin mining ban is extremely dangerous as it creates a precedent where governments intervene to tell society in which use cases energy is allowed to be used. If this trend continues, it could lead us to all kinds of dystopian situations.”

The long-term implications of this bill are yet to be seen. That said, if NY Governor Hochul signs the bill into law, it might trigger a ripple effect that may impact mining activities across the US, pushing other crypto-friendly jurisdictions to follow suit. Moreover, the consequences won’t just be limited to mining companies. It will potentially stifle investments across sustainable energy resources, drive local vendors (electricians, construction workers, IT employees, etc.) out of work, and even lead to serious “taxable income” figures moving out of the state. TA: Bitcoin Tops Near $35K, What Could Trigger Fresh Decline To $30K: Author – Bitcoin On Its Way To $500,000? Anthony Scaramucci Explains How: Author – Best Owie 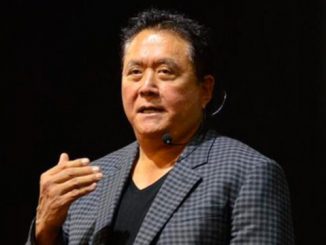 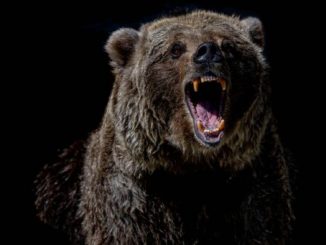 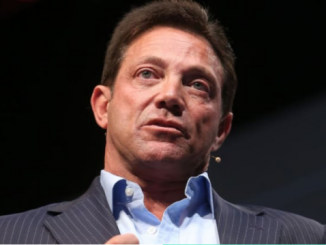