It has been a heated start of the week for the crypto community. Crypto exchange Binance temporarily suspended withdrawals on the Bitcoin network. This happened the same day as Celsius halted all withdrawals, raising liquidity concerns. Naturally, many users started to worry about Binance as well.

Disclaimer: The following op-ed represents the views of the author, and may not necessarily reflect the views of Bitcoinist. Bitcoinist is an advocate of creative and financial freedom alike.

In the middle of Bitcoin’s 13% drop, the crypto exchange Binance announced they would be temporarily pausing BTC transactions on the Bitcoin network “due to a stuck transaction causing a backlog.” Withdrawals through other networks like Ethereum or BNB Chain were still available.

Although CEO Changpeng Zhao expected this to last half an hour, it took the exchange 3 hours to solve the issue, which gave a lot of time for conspiracy theories to come out.

The Crypto Community Called Out CZ

The times are tense. Not only because of the dropping prices during this ferocious bear market but also because of the terraUSD’s meltdown and the Celsius news. The crypto community is being extra wary of any other possible shams.

Here are some of the conspiracy theories that spread out:

UC-Berkeley’s Nicholas Weaver tweeted: “Binance halting withdraws (rather than trading) makes me wonder if they are either insolvent or just run out of liquidity and need to raid the cold storage. I wonder which case it could be?”

Keep in mind that Weaver is extremely against crypto and thinks that it should “should “die in a fire.” However, some pro-crypto users shared a similar concern.

A pseudonym user who goes by Fatman on Twitter found CZ’s wording unclear:

“Not sure why no one has mentioned this, but Bitcoin doesn’t work like that – it’s not like Ethereum where transactions require an iterative nonce – you can spend inputs even if a transaction from the same address is stuck in the mempool. Some additional clarity would be nice…

There are cases where this can happen if an exchange spends the entire hot wallet balance (one output to the user, the change amount back to themselves) – FTX does this sometimes – but I don’t think Binance does this, so it doesn’t make sense – unless they changed something.
By the way, I’m just pointing out a detail in his wording that I found interesting. I do not think Binance is insolvent – nor do I think they will ever be insolvent…”
And another user responded that even if they were right about that last bit, “an exchange being open and functioning smoothly in a crashing market is a kind of a “you had one job” thing.”
Although Binance managed to resume BTC withdrawals, the timing of the inconvenience came out as unprofessional.

The Response Of CZ

The conspiracy fire was put down after the exchange resumed withdrawals and published a post-mortem.
The exchange explained that were “repairing several minor hardware failures on wallet consolidation nodes earlier today, which caused the earlier transactions that were pending to be broadcast to the network after the nodes were repaired.”
“These pending consolidation transactions had a low gas fee, which resulted in the later withdrawal transactions – which were pointing to the pending consolidation UTXO – getting stuck and not able to be processed successfully.
To fix it we had to change the logic to only take successful UTXO from consolidation transactions or successful withdrawal transactions. This fix will also prevent the same issue from happening again.”
CEO CZ said that the exchange’s devs “will engineer a way to avoid this in the future”, and added that he was in transit to France when the incident happened.
“Were you able to tell it was our “intern” team handling it? No, right?”
Last week CZ said during the Consensus 2022 conference that Binance has “a very healthy war chest” and they are, in fact, “expanding hiring right now”, hoping to leverage the winter. This contrasts with other crypto firms that are slashing their staff.
Bitcoin trading at around $23k in the daily chart | BTCUSD on TradingView.com 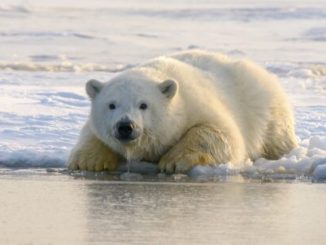