Filed on April 29, 2022, on Behalf of Wright and these associated companies, in the Intellectual Property List of the Business and Property Courts of England and Wales. The legal firm claims it is only the first in what is expected to be a long list of lawsuits against other leading crypto exchanges.

The claimants, according to Ontier, believe that these platforms have been promoting and “encouraging” investors to “trade and invest” in a “fake Bitcoin”. At least, they have benefited from promoting a software implementation that was “created in 2017”.

They claimed that the cryptocurrency that most of these investors know as Bitcoin is actually “Bitcoin Core”. Therefore, they added that the “only” cryptocurrency which implements the “original” BTC protocol is “Bitcoin Satoshi Vision” (BSV). The document added the following:

The Claimants contend that this misrepresentation by Coinbase and Kraken has led to confusion among digital currency asset holders as to the authenticity of the assets many have purchased and traded in.

Per the document, Wright and his legal representation seek an “injunction” that could prevent major exchange platforms to offer BTC to their clients, depending on the court’s verdict. The claimants believe that their case is “likely to be worth several hundred billions of pounds”.

According to the post, Wright and his legal representation attempt to “prevent future misperceptions” about Bitcoin and its “true operational nature”. Simon Cohen, managing associate for the legal firm said:

These actions are undoubtedly game-changing for the digital asset market. Simply put, the Claimants’ assertion is if your digital asset doesn’t strictly adhere to the Bitcoin protocol and is linked to the Bitcoin blockchain it is not Bitcoin and should not be marketed or referenced as such.

Cohen claims that the “arguments” behind the lawsuit are “straightforward and verifiable”. The legal firm has been a representative of Wright and his companies across a variety of cases.

These include their lawsuit against Bitcoin core developers, against Peter McCormak, host of the “What Bitcoin Did” podcast, against the Crypto Open Patent Alliance, and others. Wright has been involved in many lawsuits across the space.

Coinbase and Kraken are yet to comment on the lawsuit. About the possibility that this case could force BTC out of exchanges, Web3 internet attorney, Andrew Rossow told Bitcoinist the following:

I don’t think the inquiry is whether Wright can prevent exchange platforms from offering assets that do not conform to the Bitcoin protocol – rather, I believe his claims do present an interesting argument to be explored on the types of assets currently being offered on these platforms. What You Need to Know About Trading Crypto for Crypto: Author – Ethan Hunt 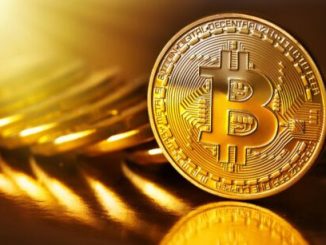