Starbucks founder and new interim CEO Howard Schultz wants the company to enter the non-fungible token (NFT) sector. On the first day of his current term, the executive spoke at an Open Forum with employees on their new strategy to “reimagine” the company’s future.

This is Schultz’s third term as CEO, he returns to the company amid in-house issues. The company’s employees have been voting to unionize across several U.S. states. They demand better wages and working conditions.

It has been speculated that Schultz’s return is aimed at addressing these demands. NFT and cryptocurrencies could be a big part of his upcoming vision.

The executive shared his plans for the company in an official blog. Therein, Schultz said the company faces a new reality with its obstacles, including “pinched supply chains” and “a rising generation which seeks a new accountability for business”.

In order to achieve this objective, Schultz claims he will spend time with the company’s employees. This will help Starbucks become “transparent” and “accountable” as it attempts to rebuild its future.

As a first measure, Schultz announced the suspension of Starbucks’ share repurchasing program. Companies often re-buy their stocks to boost their price but could neglect other parts of their business.

The money formally used to re-buy stocks will be aimed at, according to the executive:

Starting immediately, we are suspending our share repurchasing program. This decision will allow us to invest more profit into our people and our stores — the only way to create long-term value for all stakeholders.

Schultz seems focused on winning back its workers and understanding their “thinking and ideas”. Therefore, when he talked about launching an NFT, many were confused. Producer and reporter Jordan Zakarin said:

Will The Starbucks NFT Fix Its Union “Problem”?

At the Open Forum, the executive said he is not “a digital native”. However, a big part of Starbucks’ new strategy for its future is based on the digital world.

At this event, Schultz asked the attendees about NFTs and the NFT craze which has impacted multiple industries since 2021. In this context, the executive revealed that the company will launch its own digital asset by the end of 2022.

Schultz believes that by going into this sector, the company will be able to “reimagine” its customer and working experience. Digital assets will give Starbucks the tool to adapt to the current time, the executive said, and to the new way in which people interact with the store.

This re-imagination should lead to a company without unions. At least, Schultz seems to have hinted at this possibility during his speech. He wants Starbucks to remain a company “that does not need someone in between us and our people”.

At the time of writing, Starbuck’s (SBUX) price continues on its downtrend trading at $84 with a 3% loss on the 4-hour chart. This suggests the market might not be excited about Schultz’s digitalization plans. Time will tell.

SBUX’s price trends to the downside since the start of 2022 as seen on the 4-hour chart. Source: SBUXUSD Tradingview

Bitcoin Bounces Back Once Again, This Time From the $9,900 Level: Author – Siamak Masnavi 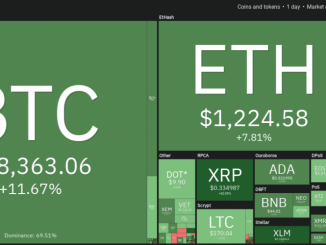 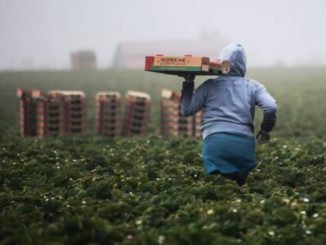