Bitcoin core developers and former core maintainers will not have to stand trial against Craig Wright. A judge in the United Kingdom ruled out that Wright via a company called Tulip Trading Limited (TTL) lacks the foundation to be tried “on the merits of the claim”.

A document filed with the High Court of Justice for England and Wales rejected the claim introduced by TTL regarding the alleged theft of a “very substantial amount of digital currency assets”. The funds were stored in Bitcoin (BTC), and its three forks, BCH, BSV, and BCH ABC.

Per the initial complaint, Wright lost control of his coin after one of his computers was supposedly hacked. Following this attack, TTL argued, a bad actor took Wright’s assets by stealing his private keys.

The rejected lawsuit attempted to compel Bitcoin core developers, people who the complaint deemed in “control” of the software behind the coins, to aid Craig at recovering his allegedly lost funds. They have a responsibility or “fiduciary duty”, Wright claims, incurred in a breach of trust.

This is one of the most controversial points of the lawsuit. This legal principle could have had dangerous implications for BTC developers, but the judge also dismissed this argument.

Wright tried to have the core developers “take steps to ensure” that his company could regain access to the supposedly stolen private key. In addition, Bitcoin core developers could have been forced to provide “equitable compensation or damages”.

The latter, the complaint argues, could have been imposed because Bitcoin developers have the technical skills to “write and implement a software patch enabling TTL to regain control of the assets”. In other words, Wright wanted BTC core developers to change the cryptocurrency’s software to give him “access” to his alleged stolen funds.

Born in Australia with a career in computer science, Wright claims to be Satoshi Nakamoto, the inventor of Bitcoin. As per the lawsuit, he attempted to force others to give him control of his supposedly stolen coins. According to a pseudonym user tracking the case:

In a motion to dismiss the court generally interprets facts favorably to the claimant, and here CSW merely needed to show he had a case worthy of being tried, not that he was right. The judge however concluded CSW’s argument is too ridiculous to be taken seriously.

Furthermore, Craig and TTL seem to miss the fact that Bitcoin is a decentralized network. They argued that the core developers control BTC via “merge commit” and because they can allegedly remove access to miners and other users.

Of course, BTC core developers were unable to respond that miners can’t be compelled to run the software. Thus, it’ll be impossible for them to introduce a “patch” to aid Wright by will or by force.

The same user claims Wright made a “garbage” argument in front of the court. In this phase, the plaintiff usually has an advantage over the defense, as the latter party is unable to scrutinize the facts or evidence presented.

Regarding the fiduciary duty argued by Wright and TTL, the core of the lawsuit, the judge rejected it as follows:

At first sight it is very hard to see how TTL’s case on fiduciary duty is seriously arguable. Having now given the matter more detailed consideration I have concluded that my initial impression was correct. (…) I am unable to conclude that TTL has a realistic prospect of establishing that the facts pleaded amount to a breach of fiduciary duty owed by the Defendants to TTL.

BTC trends to the upside on the 4-hour chart. Source: BTCUSD Tradingview Sun To The Sun? Tron Founder Will Go To Space On Blue Origin Mission Next Year: Author – Anifowoshe Ibrahim 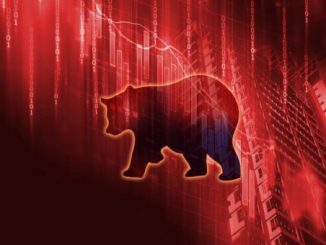 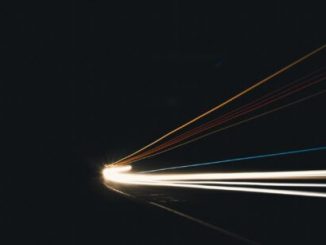