The European Union voted against a de-facto Bitcoin mining ban. In a major event for the entire crypto industry, the coalition’s European Parliament’s Committee on Economic and Monetary Affairs (ECON) rejected a proposal that would have prohibited Proof-of-Work to make crypto assets meet a “minimum environmental sustainability”.

Related Reading | Is This A Proposal To Incentivize Green Bitcoin Mining Or A Marketing Ploy?

As reported by Patrick Hansen, developer at Unstoppable Finance, 32 members of the European Parliament (MEP) voted against this de-facto ban on Bitcoin mining, opposing 24 of their colleagues. Part of a voting process that attempts to define the EU’s Markets in Crypto-Assets Regulation (MICA), the crypto industry could have scored a big win in Europe.

The MEPs voted in favor of an alternative amendment, as Hansen said, introduced by Stefan Berger, a German economist and member of the Cristian Democratic Union (CDU) serving at the EU parliament. Thus, Bitcoin and crypto mining will be part of a classification system that establishes which technologies meet sustainable status for the environment.

Called EU Taxonomy it seems like a better alternative for BTC mining. Still, the crypto-related activity could be classified as unsustainable. This could create a negative impact on the industry, but less significant than a full-on ban. Hansen explained:

If POW was to be deemed unsustainable under the taxonomy (very likely), mining companies would have a much harder time getting money from European investors, companies, and governments that have to allocate more and more of their capital towards green objectives.

However, crypto-based companies, such as exchange platforms and custody services, Hansen clarified, would be unaffected.

The European laws that will attempt to provide regulatory clarity on cryptocurrencies, also known as MiCA, will enter a period of negotiations. Once all parties agreed upon it, the bill will become law but as Hansen said, companies and individuals will have half a year to adapt to the new regulations.

The European Bitcoin mining sector, most likely the largest and most affected by any potential ban, could still be impacted. Hansen explained that detractors could attempt to veto the current MiCA draft, which excluded crypto mining, and potentially send it to the main Parliament chamber.

This could bring more months of uncertainty for the sector while MEPs discussed it. Hansen considers this process inefficient as it would delay regulations around cryptocurrencies. He added:

So, there is loads of work left in the months and years ahead.  But today is a big political success for crypto in the EU.

A separate report from Peter Slagter, author at Ons geld is stuk, claims the recent PoW voted on the EU parliament has been driven by environmental groups. These entities want to “overregulate” Bitcoin mining as they consider its energy consumption excessive.

As Slagter explains, the BTC mining industry is leaning towards a greener and sustainable energy sources with a consumption far less than that of the Iron and Steel industry, the cement, copper, chemicals, air conditioners, and other appliances in the U.S. alone. Slagter said:

At the time of writing, BTC’s price trades at $38,900 with sideways movement in the last day. 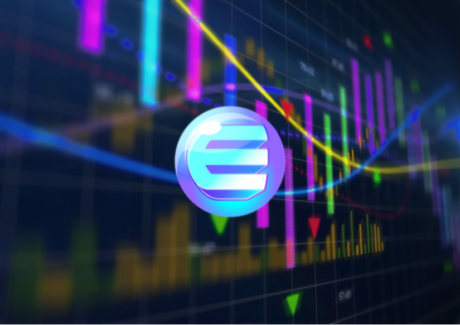