United States Justice Department decided to appoint Eun Young Choi as head of a new unit to watch illegitimate cryptocurrency ventures. Eun will scrutinize the illegal activities of cyber culprits and other countries like Iran and North Korea.

Eun Young Choi, the newly appointed director of The National Cryptocurrency Enforcement Team, will be instrumental in identifying and shut down misuse cases for cryptocurrencies.

If we’re going to see — as I think we will — cryptocurrency gaining more traction and gaining wider adoption, we’ve got to make sure that the ecosystem that they operate in can be trusted and, frankly, can be policed,” Monaco replied in an interview. “We’re going to make it our business to go after them and get those proceeds back and make it clear to them that they can’t hide.

The tremendous growth of the $2 trillion crypto market enabled firms and traders to get extraordinary profits and grasp technology within the shortest time.

Cryptocurrencies have become the new frontier for criminals and rogue nations to steal money through anonymous means. As a result, prosecutors are thoroughly guarding the space. In addition, regulators are trying to determine how best to patrol this market and other digital assets such as crypto tokens that can also act as currency on their own without any central authority overseeing them as a bank does with fiat currencies.

With the rise in crypto values, criminals find it more lucrative to engage with cryptocurrency. As a result, the number of illicit transactions went up by 80% last year and continues to increase at an unprecedented rate this time around. Yet, crime still makes up a much smaller proportion when compared against total transaction volume, which skyrocketed over 90%.

The primary purpose of the newly established team is to find out the primary roots of illegitimate ventures that occurred on crypto exchanges, crypto tumblers, or mixing, or used to destroy funds, said Choi.

Experience Is The Key

Choi has worked on several essential posts and has earned the famous nickname “EYC” among colleagues. For example, Choi has recently served as a Senior Counsel to Monaco on cybersecurity issues. The crypto unit comprises most professionals, including a criminal division and experienced prosecutors.

We’re trying to centralize so that we’re a one-stop-shop of all the subject matter experts within the department.

At the time of the announcement of developing a crypto team in October 2021, Monaco briefed that the significant purpose of this team will be to point out necessary legal action against all the crypto exchanges and other entities found in violating laws and illegal financing. The professional team will solve current issues as well as trail new problems.

At the moment, Choi did not mention any of the crypto exchanges involved in the illegal practice. However, Bloomberg had reported that Justice Department and Internal Revenue Services were investigating whether Binance (World’s biggest crypto Exchange) had been involved in money laundering and tax elusion.

“The information they hold is crucial to rooting out the abuse of cryptocurrencies because they’re the ones who can see in their systems suspicious activities that may be happening,” Choi said.

Success Stories of US Justice Department

US law and enforcement agencies had already been working against illegal transactions of digital assets and had recently succeeded in recovering a seized Bitcoin worth $3.60 billion stolen during 2016. Apart from this success, the US Marshals Service works as the primary custodian of seized assets holding $919 million consisting of 22 kinds of various cryptocurrencies.

The principal success of Choi’s career started with the prosecution against JPMorgan Chase & Co against stealing hundreds of millions of dollars by hackers from dozen countries.

“What her appointment shows is that cryptocurrency is really at the intersection of complex financial investigations, cybersecurity, anti-money laundering, narcotics trafficking, and cross-border enforcement,” expressed Edward Imperatore, a colleague of Choi in the cybercrime unit of the U.S. attorney’s office in Manhattan. “She has experience in each one of these areas.”

It is going to be important for us to have a united front in trying to determine what tools and authorities we’re all bringing to this approach on digital assets.

Companies have raised concerns that the Justice Department and regulatory agencies will take an overly harsh approach toward enforcement actions. A former federal prosecutor who asked to remain anonymous is responding with regards to these fears, stating there’s worry about how “heavy-handed” things might get in this new administration.”

The U.S government has long struggled with reporting cyber attacks and vulnerabilities, but that is set to change in the coming year’s thanks primarily due to an effort aimed at helping companies recover stolen funds. In contrast, they could suffer repercussions like regulatory blowback or even be targeted by prosecutors themselves.

Besides recovering seized Bitcoins of Bitfinex hacking during this month, the US had already recovered the whole Bitcoin ransom paid to the criminals of cyber attack Colonial Pipeline Co. that stirred up fuel deficiency along with the US east coast. 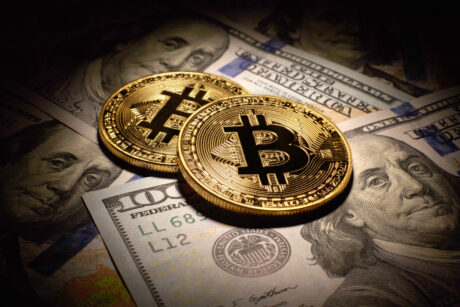 Bitcoin Drops Below $17,000 Pre-CPI And FOMC – Scenarios To Prepare For This Week: Author – Jake Simmons 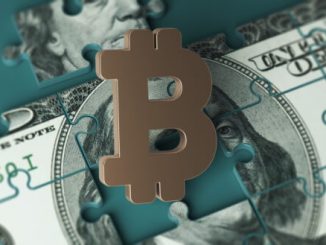