Shiba Inu is still one of the best performing meme coins in the market but even its outperformance has not helped it avoid the onslaught that saw the market lose over $200 billion in a matter of days. However, just like the digital asset had followed the performance of the market into the red, so has it followed out, touching above $0.00003 in the wake of the recovery. But the question remains, what now?

Where Is Shiba Inu Headed?

A crypto market analyst has posted a possible movement pattern for the meme coin which could end up going sideways. They note that the digital asset has been trading in a bearish trend along with the rest of the crypto market. Mostly, Shiba Inu had kept close to this pattern but had subsequently been the first to break out of it, marking a more bullish trend for the asset.

Relaed Reading | Shiba Inu Is The Top Token Held By Ethereum Whales, Here’s How Much They Hold

However, SHIB’s breakout is still very early in the trend. The rest of the market has slowly followed the same trend but indicators only point to a slightly bullish sentiment, for now, meaning that it could turn at any time. If the breakout does not get any more follow-through, then Shiba Inu will most likely fall back inside the bull-flag, the analyst notes.

Nevertheless, if the meme coin does manage to hold up the breakout and follow-through, it would mean a very positive short-term for the digital asset. The analyst explains that a bullish following move would most likely see the digital asset move into the $0.000035 range in the very near future.

This price point is coveted for the meme coin’s investors as it heads closer to the 50% value of its all-time high. It also pushes the large majority of holders into the profit territory, making it a significant point in the recovery of the digital asset.

Coming Out Of The Weekend

The weekend for the meme coin has been one characterized by low momentum and straggling prices. Although it made a break for it while the rest of the market followed the bearish trend, it hasn’t recorded much movement since then. SHIB which had gone into the weekend hitting a peak of $0.0000325 had subsequently lost most of that value, crashing below $0.000028 on Saturday.

The next major resistance for the digital asset sits at $0.000038. Breaking above this will see it forming another support that will form the basis for a bounce towards $0.00004. Failure to reach this point means that Shiba Inu remains at risk of giving in to the bears, which could very well drag it to $0.00002 once again.

The meme coin is trading at $0.0000304, well below its 20-day moving average. In the longer term, the asset has a more bleak future unless enough hype can be generated once again to push it towards a new high.

The Real Reason Why Bitcoin Had Its Worst Crash in 7 Years: Author – Kiril Nikolaev 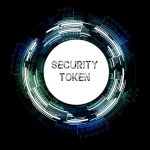 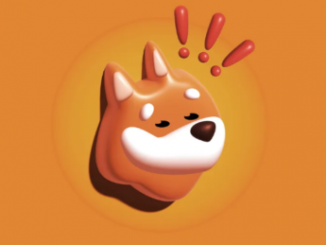 BONK Tumbles 66% – Can The ‘Dogecoin Killer’ Live Up To Its Name?: Author – Christian Encila