Meme coin Shiba Inu is hellbent on proving its dominance in the space and it has done so successfully. From being accepted as a method of payment by prominent companies such as AMC Theaters to being the first meme coin to list in South Korea, the altcoin has had a good run of it. Its community had grown tremendously in the past few months and support has not faltered.

Although the meme coin had suffered in terms of price, it still continues to thrive in other ways. Last week, Bitcoinist reported that the digital asset was close to hitting the 1 million holders mark, with Baby Doge in hot pursuit to cross the mark first. However, Shiba Inu has proven it is the top dog as it has now surpassed the one million holders milestone.

Shiba Inu’s investor base had been rapidly growing since the altcoin had posted new all-time highs in October. Its initial fame had come from being touted as the “Dogecoin killer” and as the latter had suffered, Shiba Inu had taken full advantage to live up to this name. It became one of the highest performing cryptocurrencies in 2021 after returning 900% gains for investors in a matter of months.

The digital asset had secured listings on major crypto exchanges and this helped to boost faith in the future of the coin. As trading volume grew on these exchanges, so had the number of holders.

One prominent development that had investors clamoring to own a piece of the digital asset was an investor that had turned $8,000 to $5.7 billion. The investor had bought $8,000 worth of the cryptocurrency in 2020 and by October 2021, the wallet held billions of dollars. This had further helped cement the asset’s credibility as a viable investment option.

Shiba Inu has dominated social media conversations since the digital asset found its way into the limelight a couple of months ago. Twitter had been lit abuzz with talk of SHIB to the point that it had overtaken top cryptocurrencies such as Bitcoin and Ethereum in terms of mention.

The meme coin did not stop there though. Google searches for Shiba Inu had also surged dramatically during this time with reports showing that it was among the top searches for 30 states in the US.

Despite all of this, the asset price has suffered in the market. Shiba Inu recorded a 17% loss in the past week that brought its cumulative loss to 50% less than its ATH. This had caused it to concede the 12th spot on the largest crypto by market cap list to CRO, although it had since reclaimed its spot after posting a recovery that saw it surge above $0.00004 on Thursday. 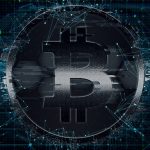