Metis, an Ethereum (ETH) Layer-2 scaling solution powered by Rollup technology to enhance dApps, DAOs, and NFTs for the Web 3.0 economy, has deployed its Mainnet Andromeda. The launch has come after the project began as a hard fork or backward-incompatible variation of the Optimism protocol. The team has also launched a staking program.

In another major announcement, the developers noted that the Metis DAC Creation and Staking program is set to commence on Friday November 26, 2021 at 3 pm UTC. The team has shared an extensive guide on everything you need to know to take part in the staking program. They are also pleased to announce the first Metis Community DAC: Titans DAC, which will work on various community- and charity-focused initiatives.

To get things rolling, there will be a set of 15 Launch Edition NFTs. As noted in the update, holders of these non-fungible tokens, as of Friday Nov 26, 2 pm UTC, will be able to earn large boosts in mining power for the DAC staking program, Governance Rights within Titans DAC, and special privileges at Metis IRL events.

The Metis team notes that there are certain advantages of leveraging Rollup technology, which enables Optimistic Rollups to pool together many different transactions to provide quicker, economical, and highly-scalable user experiences.

With the latest OVM 2.0 version and the documentation that the Optimism team provided, it has become clear that there have been considerable shifts in their initiative’s development roadmap: Optimism won’t provide sufficient decentralization, which is something that the project had initially set out to achieve.

Metis will still follow Optimism’s architecture, but will not be giving up on decentralization for a little added convenience, maintaining their commitment to offering a high level of scalability. Metis has outlined a three-pronged approach to make blockchain “accessible to everyone”

Metis intends to support a Layer-2 Ethereum Rollup solution that will facilitate faster and cheaper transactions. They will also be focused on developing a no-code middleware utility to enable quick migrations onto Metis Layer-2.

Metis is also supporting a Decentralized Autonomous Company or DAC infrastructure that’s set to go beyond the basic voting and governance of DAOs. This should allow users to deploy decentralized services on-chain, and get supported by the typical functions of a “real-world” company.

Metis has pointed out that they will be able to achieve their goal of decentralization within the EVM Equivalence framework. They added that they have identified a way to achieve their decentralization goals while attaining EVM Equivalence. They also confirmed that this path matches the design of the Metis Ranger System (as mentioned in their whitepaper).

The extensive Andromeda structure includes the Layer-2 network. It also comes with a Multi-VM, which is a decentralized virtual machine for supporting enhanced scalability and security of Metis Layer-2 infrastructure. Transaction costs on Andromeda will fall below Ethereum Layer-1 levels, however, they will be fairly high (currently around $1-$2). Metis has also confirmed its plan to participate actively in the Ethereum Layer-2 battle with a $100 million Ecosystem Fund.

Metis is now joining a fast-growing movement, where Arbitrum and Optimism have been industry leaders. The fund will be provided and maintained through a decentralized autonomous company, named Genesi, to support initiatives that join the Metis ecosystem. Genesi will reportedly be allocated across decentralized finance (DeFi), gaming, as well as DAO-focused projects. 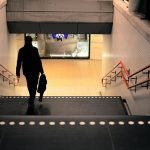