Bitcoin price corrected lower and tested $59,500 against the US Dollar. BTC is recovering losses, but upsides might be capped above $63,250 in the near term.

Bitcoin price traded to a new all-time high near $66,982 before starting a downside correction. BTC corrected lower below the $65,000 and $63,250 support levels. 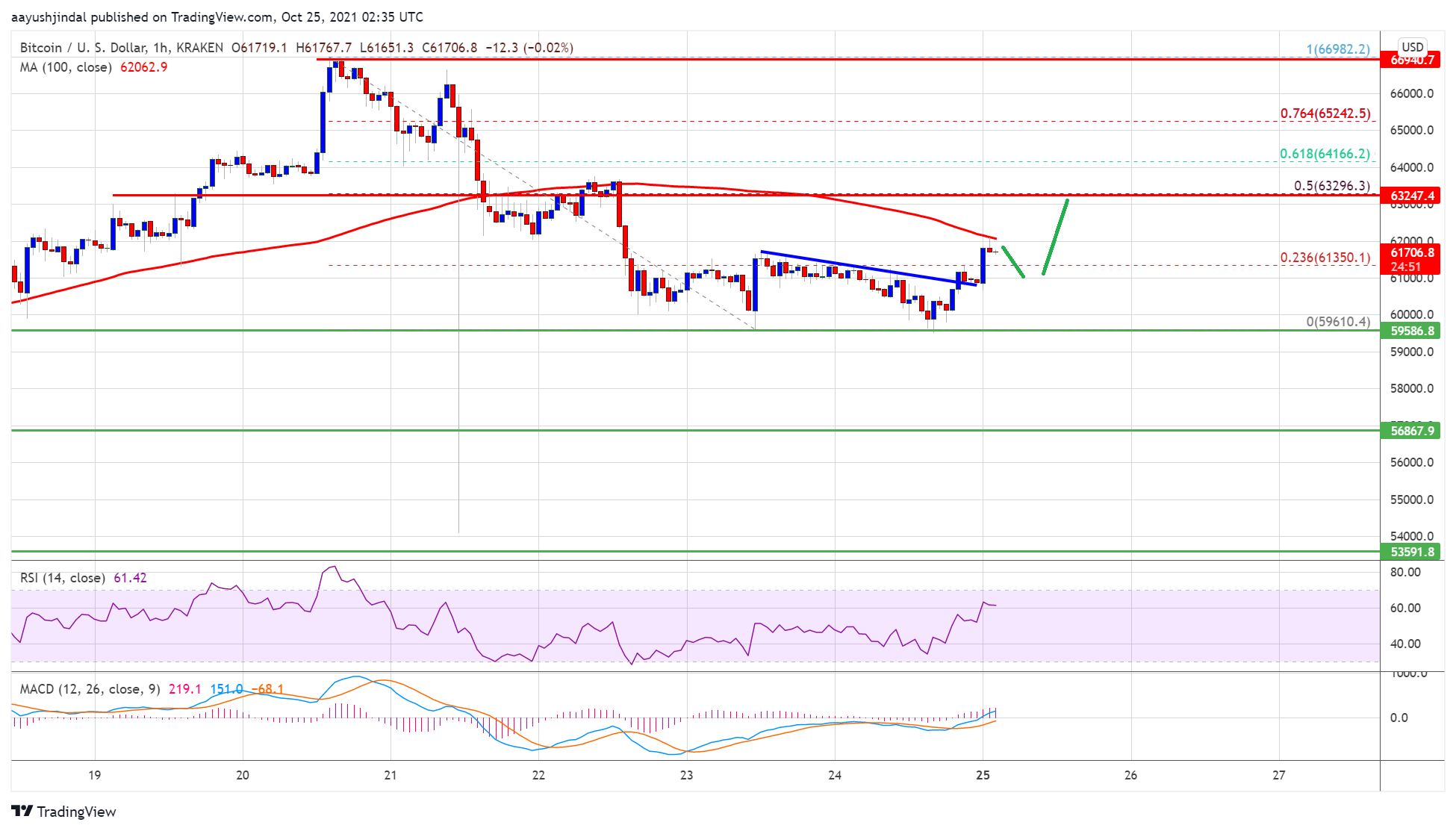 Any more gains may possibly call open the doors for a move towards the $64,000 level. The next major resistance sits near the $65,000 level.

If bitcoin fails to clear the $63,250 resistance zone, it could extend its downside correction. An immediate support on the downside is near the $61,200 level. Another $30 Million of Satoshi-Era Bitcoin Move After Being Dormant for a Decade: Author – Francisco Memoria