Coinbase recently announced the launch of its NFT marketplace, much to the delight of crypto investors. Its aim is to make the minting, selling, buying, and storing of non-fungible tokens easier for investors who want to get into the market. It brings this service to its 68 million-strong user base in its mission to make crypto more accessible to investors.

The NFT marketplace, which is yet to be opened for trading, will provide competition to the leading non-fungible token marketplace OpenSea. With its large user base, Coinbase may be set to be the largest NFT marketplace. Alongside the announcement of the marketplace was a waitlist sign-up for interested parties. On the first day following the launch, Coinbase has already broken the 1 million mark for users who had signed up.

The waitlist which is open to everybody has seen a tremendous amount of support. On its first day, Brian Armstrong, Co-Founder and CEO of Coinbase, announced that the waitlist had gotten over 1.1 million sign-ups. Interest in the non-fungible token marketplace has been high and users have poured out support for Coinbase following the announcement.

Traffic to the waitlist had been so high that it had to be scaled up to accommodate everyone. Coinbase’s Vice President of Product, Sanchan Saxena, gave the update a few hours after the announcement went live and assured users that they could keep signing up for the marketplace.

Exchanges Taking The Plunge Into NFTs

The success of non-fungible token platforms like OpenSea has driven the need for more NFT platforms in the space. OpenSea currently averages about 260,000 daily users and has seen significant NFT sales on its platform. This has prompted cryptocurrency exchanges to begin offering non-fungible token capabilities on their own platforms.

Binance, the largest crypto exchange in the world, had launched its own NFT marketplace. Its offers users a place to mint, buy and sell non-fungible tokens without having to go through the rigorous process of minting the non-fungible tokens directly on the blockchains.

FTX exchange also recently announced the launch of its very own NFT marketplace. FTX is one of the fastest-growing cryptocurrency exchanges and has recorded a 397% increase since January.

As more exchanges launch their own NFT marketplaces, speculations are they will become the go-to platforms for the minting and trading of non-fungible tokens.

Coinbase will launch the marketplace to its U.S. users first and will roll out the feature to its other customers over time. “Just as Coinbase helped millions of people access Bitcoin for the first time in an easy and trusted way – we want to do the same for the NFTs,” the announcement read. 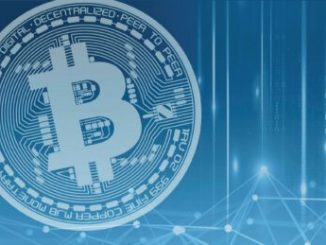 Crypto Is One Of The Ways We Fight Back, Says Ukraine’s Minister: Author – Anifowoshe Ibrahim