The creator of Litecoin, Charlie Lee, is ready to celebrate the project’s 10th anniversary. And, what better way to do it than by giving the public the oral history of Litecoin? Of course, that’s a figure of speech. Since it’s 2021, he gave us that “oral history” through a Twitter thread. And what a thread it is. It takes us back to the very beginning of the cryptocurrency space and, using documentation and images, lets us in on the secrets, the inner jokes, and the wholesomeness of times past.

In this first installment, Charlie Lee will cover the most crucial part of the story: Litecoin’s fair launch. Buckle up people, it’s going to be a wild ride!

A lot of projects saw the light of day after Bitcoin and before Litecoin. He names:

And somberly declares, “Every one of these coins are now dead.” According to Charlie Lee, the reason for their demise was a lack of fairness. “Most of these altcoins have a huge premine. Tenebrix for example had 7 million coins premined. That means the creator has incentives to pump the coin to a high price so he/she can profit massively without much work.”

Then, Charlie Lee gives us the definition of “Ninja mining.” “If a coin was not premined, you get things like ninja mining. That’s when a coin is released silently to friends and family.” And tells us that some of those projects launched without releasing the source code to the public. The kicker, of course, is that Litecoin was a response to all of that nonsense. Fairness was crucial, and it’s the main reason that the project still exists today.

After Charlie Lee settled on the name Litecoin, his first action was to buy all the related domains. “What a great move in hindsight. So now, we don’t have something like http://litecoin.com promoting Litecoin Cash instead of Litecoin. $38.85 well spent!” Shots fired! Friendly shots, though, but shots nonetheless.

An interesting fact that Lee gives us is that, even though coding the coin was easy, the hardest thing to create was the genesis block. “The hardest part was actually to create the genesis block. Satoshi never documented how he did it and the code to do that was not checked in with the Bitcoin source code.” So, he did “some reverse engineering” and created this block right here. And then, Charlie Lee gives us another amazing factoid. “What a lot of people didn’t know is that I put the headline of Steve Job’s death in the genesis hash. This proves that the genesis block was created after 10/5/11.“

Litecoin’s launch thread in the legendary Bitcointalk forums is an archeological artifact from forgotten times. The story starts with:

“Litecoin is the result of some of us who joined together on IRC in an effort to create a real alternative currency similar to Bitcoin. We wanted to make a coin that is silver to Bitcoin’s gold. Various alternative currencies have come and gone. Some brought innovation, but they all had problems.”

A hilarious story is that a young Vitalik Buterin hated the Litecoin name and said so in the launch thread:

Back to the Twitter thread, Charlie Lee tells us, “The code was available for anyone to download and compile. So they can check the code to make sure.” And later on, that “People were able to immediately mine on testnet to make sure everything works on their system. This is very important.” The table was set for…

Since everyone that wanted to was “prepared to mine at launch,” Litecoin had the coveted fair launch. “To accomplish this, I of course had to share the genesis block with everyone. But I can’t just do that because people can mine a long chain in private from that genesis block.” And then, Charlie Lee reveals how he hid it.

And he confesses, “So I lied, there was a 2 block premine of 100 coins. The genesis coins cannot be spent.” However, he had already told this to the community in that Bitcointalk thread:

“Litecoin will come with 150 premined coins: just the genesis block and the first 2 blocks to confirm the genesis is valid.”

Then, Chalie Lee created a poll to ask the community when to launch. The option that he wanted didn’t win. Since fairness was what he aimed for, he prepared everything for the day the small community picked. And then, he rickrolled them!

Then, he posted the missing configuration parameters on the Bitcointalk thread and everybody was off to the races.

And, as they say, the rest is history. To close this chapter, Charlie Lee leaves modesty aside, “I think I managed to pull off the fairest launch of any coin. And that is one of the biggest reasons why Litecoin succeeded. Surprisingly, very very few coins copied Litecoin’s launch.“

Tomorrow, join us and Charlie Lee to remember what happened between the launch and the present. The article is going to be as full of easter eggs and amazing stories as this one. 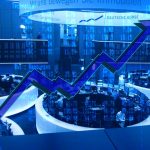 Britney Spears Might Have Used Bitcoin To Hide Purchases From Dad: Author – thathankaiyotake