According to on-chain data, Bitcoin SOPR is still assuming flat values, indicating that investors are likely to not be willing to sell at this level.

Bitcoin SOPR Stagnates, Despite Huge Rise In The Crypto’s Price

As per a post from CryptoQuant, while Bitcoin’s price shows a sharp improvement as the coin reaches $55k for the first time since May, the SOPR is still showing a flattened line.

When the value of this indicator is greater than 1, it means the coins moved in the specified timescale are on an average selling at a profit.

Contrary to that, SOPR values below 1 would suggest BTC transacted in the period sold at a loss on average. While a value of exactly one would mean sellers are just breaking even.

Now, here is a chart showing the trend in this indicator for BTC: 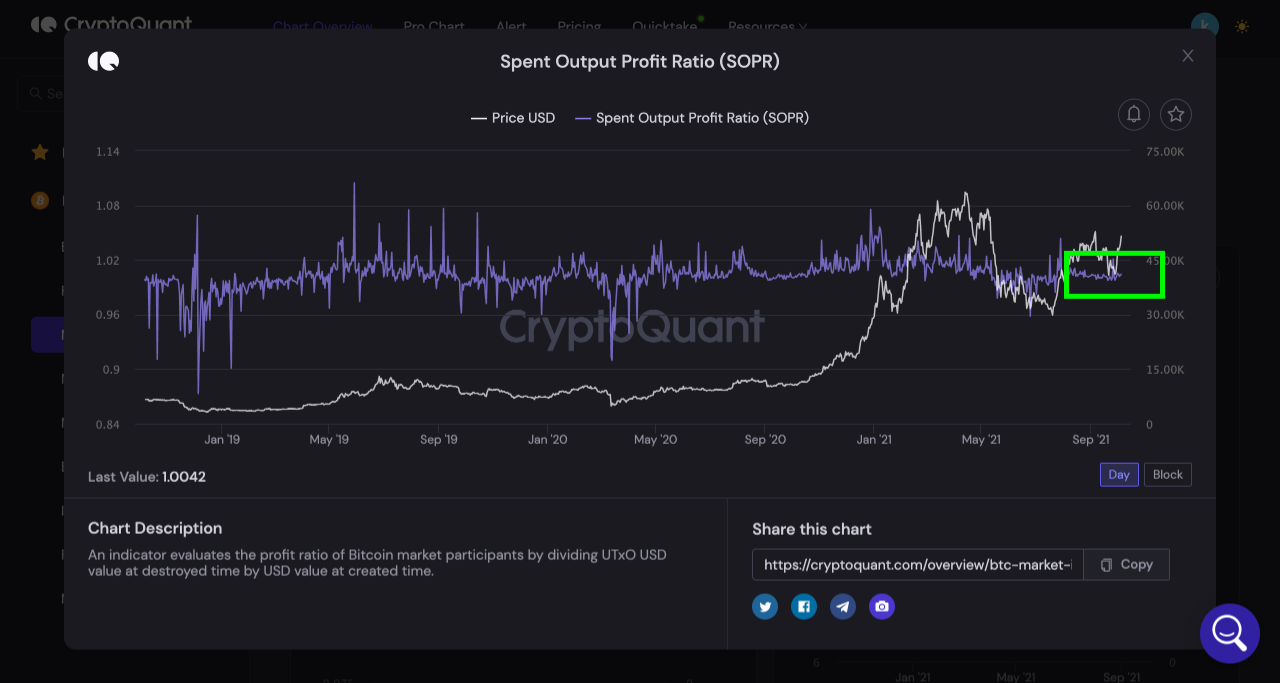 When the indicator shows a rising value, it means investors have started realizing their profits by selling off their coins.

A decreasing value, on the other hand, would mean holders are dumping their coins at a loss, probably because they have no confidence left in the crypto.

As the above graph shows, SOPR values have neither been decreasing nor increasing lately. The curve for the indicator is just a flat line right now.

This is despite Bitcoin’s recent big move up, where usually some investors would start harvesting their profits, but that doesn’t seem to be the case this time.

Such a trend may be because the majority of holders think the price of the coin will appreciate even further so they aren’t moving around their crypto just yet.

This unwillingness of the investors to sell their Bitcoin can end up proving to be quite bullish for the cryptocurrency. Though, when holders do start taking their profits, that’s likely when a correction could hit.

At the time of writing, Bitcoin’s price floats around $53.7k, up 25% in the last seven days. Over the past thirty days, the coin has surged up 12% in value.

The below chart highlights the trend in BTC’s price over the last five days. Bitcoin And Crypto Market Roundup For The Week Gone By: Author – Bitcoinist