Bookblocks.io, an NFT company has partnered with a New York-based company, Women for Afghan Women to help women in Afghanistan have access to education.

Under the new Taliban-run government, women in Afghanistan have had their rights to education restricted by the fundamentalist militants. Since this development, Afghan women have taken to the streets to protest. Over a dozen women protested outside the premises of what used to be the Afghan Women’s Affairs Ministry – until the Taliban turned it into the department for the “propagation of virtue and the prevention of vice.”

Bookblocks.io announced that it would be releasing a non-fungible token on October 5, and the proceeds of its sales would be given to Women for Afghan Women (WAW). Women for Afghan Women is a grassroots civil society organization dedicated to protecting and promoting the rights of disenfranchised Afghan women and girls in Afghanistan and New York.

According to the company, the inspiration for the NFT was Louisa May Alcott, who was a pioneer for women’s rights. “Not only did her many famous writings seek to lift women in society, but she was an ardent feminist, abolitionist, and supporter of women’s suffrage. As such, she seemed a perfect inspiration for our charity focus this month, which is dedicated to helping the woman and girls of Afghanistan find equality in all aspects of life.”

The NFT is a portrait of Louisa May Alcott with two different butterfly wings. It signifies the hopeful emergence of Afghan women and girls from the restrictions that impede their freedoms. The background colors of each NFT are also different, signifying the diversity of backgrounds that make up the women and girls that Women for Afghan Women serve. There are also four different versions of this illustration to represent the 40% of Afghan children who suffer from malnutrition.

The company says it will mint 2200 copies of this NFT to represent the reported 2.2 million girls currently excluded from school in Afghanistan. 100% of the money raised from the sale of the NFTs will go towards Women for Afghan Women, with a 5% residual for each subsequent sale. The price starts at 0.025 Ether (ETH).

Other NFT And Crypto Donations To Afghanistan

There are several ongoing projects in the digital assets space that are focused on charity work towards Afghanistan. About a month ago, Jack Butcher, the founder of Visualize Value, launched a series of NFT “care packages,” that cover one Afghan family’s emergency needs for one month. This care package is still accepting donations via The Giving Block.

Other organizations are also accepting crypto donations through The Giving Block to provide humanitarian aid in Afghanistan. They include: Save the Children. International Medical Corps, Direct Relief, and Code To Inspire. 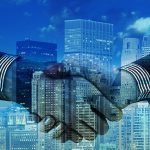