After what looked to be a month of prosperity following the August bull run, Bitcoin has now entered into an era of increasingly bearish signals. The asset had seen a number of rallies that pushed it over two-month highs, successfully breaking above the $52K resistance range on a number of occasions. Throwing the entire market into a stretched-out period of positive sentiment.

September has now come with its own unique set of problems for the digital asset. Bitcoin price has been suffering since the beginning of the month, ushered in with a flash crash that rocked the market only a week into September. The market continues to suffer from the aftershock of this flash crash, which has left a trail of blood in the market, and led to massive liquidations.

In only a matter of days, the price of bitcoin has fallen from $47,000 to $40,000, which triggered liquidations in the market. The long liquidations totaled up to the tune of $860 million across exchanges. The liquidations took place over two days when the price of the digital asset had inevitably fallen to $40,000 on Tuesday, September 21st. Although significant, the liquidations, which were spread across two days, still sat below the sell-offs seen following the September 7th crash.

Related Reading | Did Bitcoin Really Experience A Flash Crash Down To $5,400? Current sell-off volumes have remained beneath the $1.2 billion sell-off in early September, suggesting that this current sell-off is more organic than previous ones. Also, it shows that the current market is more influenced by spot activity compared to the derivatives market.

September And Its Chokehold On The Market

September has historically come with challenges for the crypto market. So the crash that rocked bitcoin and the entire market at the beginning of the month is on-brand. Crashes with at least a 17% value loss have happened in September for the past four years and it looks like 2021 has fallen in line with this trend.

However, the end of September has always come with better forecasts for the following month. Chart analysis show crashes in the month precede recoveries that put the market on course to regain its lost value. Setting the market up for another bull run.

The price of BTC has now recovered above its Tuesday’s lows, which saw the digital asset plunge below $40K. Bitcoin is currently trading above $42,000 at the time of writing. While the total market cap has fallen below $800 billion.

Britney Spears Might Have Used Bitcoin To Hide Purchases From Dad: Author – thathankaiyotake 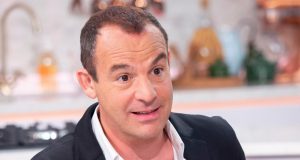