Bitcoin price failed to stay above the key $45,000 support zone against the US Dollar. BTC is showing a few bearish signs and it could correct lower to $40k.

Bitcoin price started a fresh decline after it failed to clear the $48,000 resistance zone. BTC broke the $46,500 support zone to move into a short-term bearish zone.

Hourly MACD – The MACD is losing pace in the bearish zone.

Hourly RSI (Relative Strength Index) – The RSI for BTC/USD is now below the 40 level. 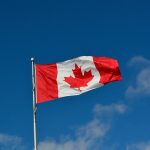