The Financial Services Commission, the top financial regulator in South Korea, is supposedly staging a closedown for some cryptocurrency exchanges. This move is linked to allegations of fraud in these exchanges.

The first move from the FSC is to temporarily stop the operations of about 11 average South Korean crypto exchanges. Reporting on Sunday, The Korea Herald, a local news agency, claimed that the FSC move is based on some unclear operations by these exchanges.

The report has it that these exchanges all allegedly had fraudulent collective accounts and some illegal activities.

According to a news publication, while citing unknown industry sources, there are still no name disclosures of the exchanges. However, these exchanges are likely never going to get approvals for operations from the authorities.

From the news sources, the FSC will decline the operational approval for all the affected crypto exchanges. Furthermore, this South Korean financial regulator plans to enforce stricter regulatory actions on minor exchanges.

The news on the supposedly crash comes in the middle of the recent suspension of operations by some minor crypto exchange in South Korea. One of such suspensions is the announcement made by Bitsonic, a local cryptocurrency exchange, on Friday.

A post on its official Telegram channel said the exchange would make temporary operational discontinuation due to internal and external challenges.

Similarly, CPDAX, another smaller crypto exchange, said it would cease operation from September 1. Aforenow, Darlbit exchange had closed operations. This was after it suspended withdrawals and deposit services the previous month.

However, the FSC is yet to respond to its recent plans to crash these growing crypto exchanges.

Going by the recent trend of events, there has been stricter regulatory moves on crypto exchanges in South Korea. The country’s financial regulators mandated the full registration for all local crypto service platforms. In addition, the authorities gave them till September to establish non-fictitious trading accounts and recording systems. According to the report, customers’ real-name or non-fictitious accounts are part of the prerequisites to operate their businesses.

In line with its regulatory measures, the FSC is planning to ban cross-trading among crypto exchanges. The agency views it as illegal trade since it conceals the flow of transactions.

Cross trading is the means through which trading platforms buy or sell orders for an asset without a reflection in their order book. In addition, Cross-trading allows these cryptocurrency exchanges to earn trading fees. Thus, its banning will make a significant negative impact on their revenue stream.

Both the country’s average and minor crypto exchanges have been in a fix working by the instruction. For them, it’s not been easy trying to get approvals from the relevant authorities. However, the bigger shots like Coinone, Korbit, Bithumb, and Upbit get no daunt in the hurdle.

Also, the recent regulatory measures in South Korea spread to the larger crypto exchanges in the country. A report from Yonhap News reveals that the Seoul Metropolitan Police Agency on Monday called up an investigation case.

The case was an alleged fraud that connects Bithumb’s former chairman, the largest cryptocurrency exchange in the country. How NFTs Can Help Influencers Monetize Their Content: Author – NewsBTC 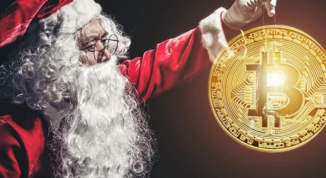 Bitcoin Could Usher In December Near $18,000 If It Moves Past This Resistance: Author – Christian Encila 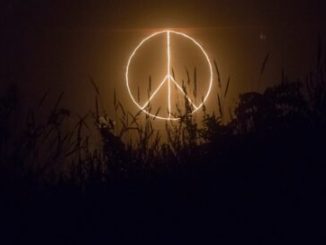 The War Is Over!: Binance Announces FTX Buyout And The Market Recovers: Author – Eduardo Próspero