Reported By: CryptoGlobe latest articles
Bloomberg commodity strategist Mike McGlone has weighed in on Bitcoin’s outlook for the near future and revealed he believes the cryptocurrency is more likely to move upward toward the $60,000 than to drop back down to $20,000. According to a section shared by Bloomberg’s exchange-traded fund (ETF) senior analyst Eric Balchunas, McGlone wrote in a […]
Read More

$XRP Whale Moves Over $12 Billion Worth of Crypto for Next to Nothing: Author – Francisco Memoria 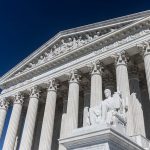