Ethereum started an upside correction from the $1,720 zone against the US Dollar. ETH price could correct further higher, but upsides might be capped near $1,850.

Ethereum remained in a bearish zone and it extended its decline below $1,800, similar to bitcoin. ETH price broke the $1,780 support and it settled well below the 100 hourly simple moving average.

There was also a break above a key bearish trend line with resistance near $1,790 on the hourly chart of ETH/USD. The pair is now trading above the 61.8% Fib retracement level of the key decline from the $1,832 swing high to $1,718 low. 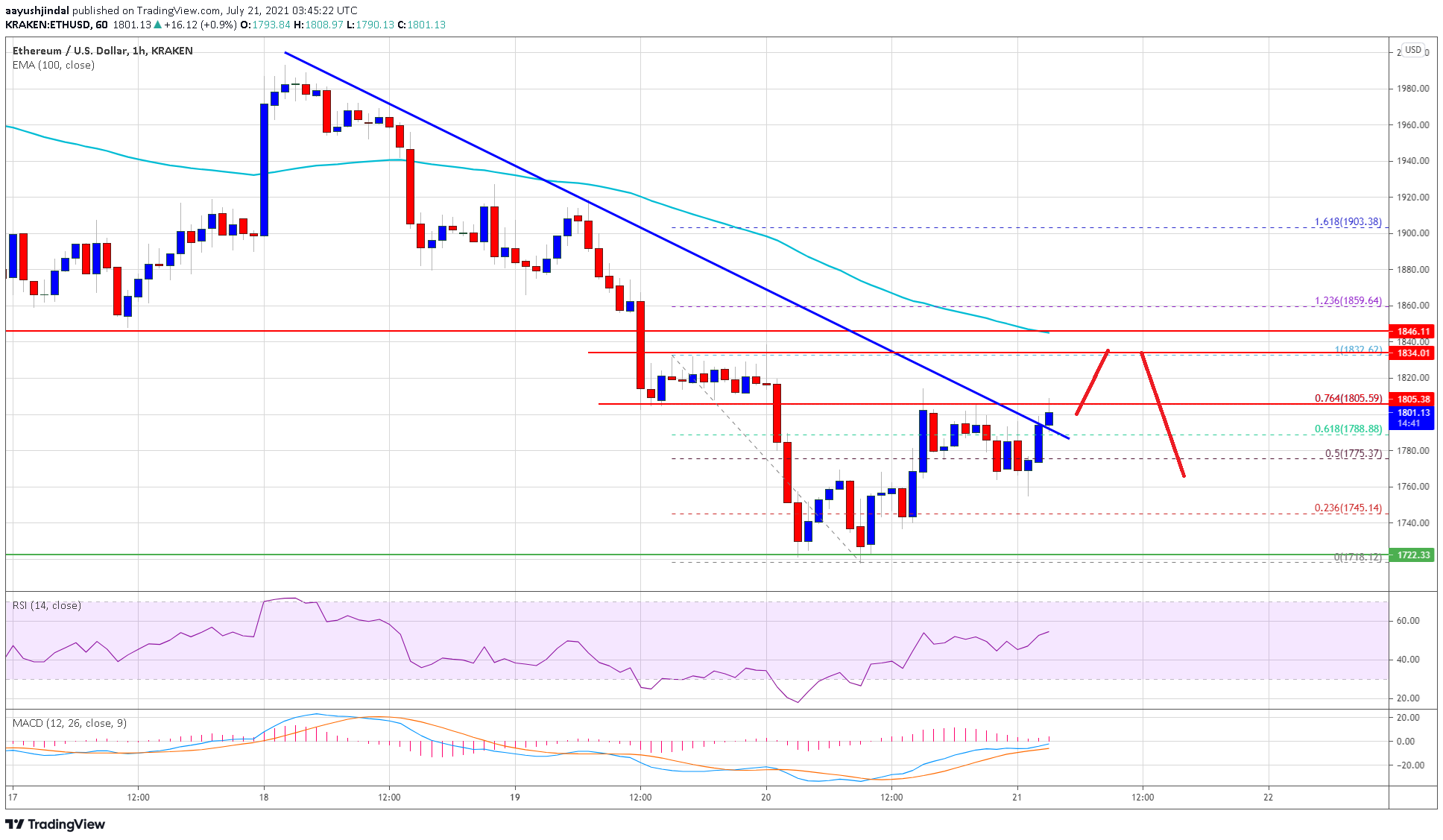 Hourly MACD – The MACD for ETH/USD is now gaining pace in the bullish zone.

Hourly RSI – The RSI for ETH/USD is now above the 50 level.