In 2014, Erik Voorhees founded ShapeShift. By the end of 2021, ShapeShift will cease to exist as a company. It will become a DAO, a Decentralized Autonomous Organization. The owners of their FOX token will have complete governance over it, and they will “Open source all ShapeShift code and infrastructure.” That’s according to the company’s official announcement, which also states:

It has become clear to us that decentralization is the only way to achieve borderless, immutable finance. Therefore, decentralizing ShapeShift is how we choose to maintain fidelity to the principles first established by > Read more</a><p></div>” href=”https://www.newsbtc.com/dictionary/satoshi/” data-wpel-link=”internal”>Satoshi and the Bitcoin whitepaper.

In Voorhees own blog post about the change, the CEO promises, “Our corporate entities will be dissolved completely toward the end of the process.” Voorhees also details all of the red tape they encountered while trying to establish ShapeShift’s vision, and states that right now, “The frictionless trading of digital assets across chains, without custody, done in a manner that respects and protects users is once again possible.“

In a phone interview with Coindesk, the CEO gave them a candid answer that explains the situation plainly:

“It’s definitely radical. A year ago I would have thought this was sort of fanciful, but at this point I’ve seen how this tool is getting built and I’ve seen how these communities get built around a token instead of an equity structure. The fact that ShapeShift is really closing its corporate entity sets it apart.”

Ok, But, How Will The ShapeShift DAO Work?

In the next few months, ShapeShift will airdrop 340 million FOX tokens all over the DeFi space. The “largest airdrop in history.” Everyone who used ShapeShift in the past is eligible. And users from other well-known DeFi projects will get their share also. The company hopes that the process will spread its seed around, and bring more people into the project.

With time, governance over the entire ShapeShift open-source platform will move to FOX holders. This will be a process in which decision making moves from the fully centralized shareholder/board structure of ShapeShift today to a fully decentralized community/token structure in the future.

Said shareholders aren’t walking away empty-handed. They will have no special privileges, but they can be as involved as they choose. According to Voorhees blog:

Our shareholders will receive all financial assets of the corporation as it unwinds. Further, they have received pro-rata FOX Tokens, which unlock over three years, and with these they can participate in governance going forward. They can be as involved as they wish, but they have no special privileges.

And Voorhees himself will still be heavily involved:

For transparency, I will be the largest FOX holder, with just over 5% of max total supply, unlocking linearly over three years, all on chain. The next largest holder has roughly 1.6%, and the long tail extends from there.

Will the experiment succeed or are they trying to fly too close to the sun? How Will Voorhees And Company Handle The Transition?

The CEO for the time being explains what they’re trying to accomplish:

Governed by its users, ShapeShift will integrate with the most desired crypto and DeFi protocols, a neutral interface to the future financial system that everyone can influence, and no one can control.

And Voorhees told Coindesk what he thinks their service ultimately is:

“We’re essentially a crypto interface,” Voorhees said, and it has been built with an eye toward integrating with any wallet, app, blockchain or primitive entrepreneurs want to build.

But, how will they get there? Well, there’ll be a foundation, as ShapeShift’s announcement explains:

ShapeShift will establish a well-funded non-profit organization–a Foundation–with the narrow objective to promote and facilitate a transition to a completely decentralized, community-owned project. As sufficient decentralization is achieved, this Foundation has a mandate to dissolve away.

And Voorhees elaborates via his blog:

The ShapeShift DAO treasury has been established, endowed with over 242,000,000 FOX Tokens (24% of max total supply). Any FOX unclaimed from the airdrop after three months will be added to this treasury.

So, in conclusion, ShapeShift will dissolve and decentralize itself. They will open-source their software and organize around the FOX token. Or, in their words, “economics that revolve around a borderless, liquid token rather than a traditional equity structure bound by jurisdiction.“

What an interesting experiment. Analyst: Bitcoin Will Skyrocket to $100,000 in 24 Months and “There’s Nothing You Can Do About It”: Author – Kiril Nikolaev 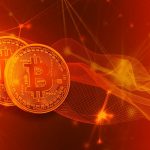