Reported By: CryptoGlobe latest articles
On Tuesday (April 27), blockchain research and development firm Input Output Global (IOG) — formerly known as IOHK — announced a partnership with the government of Ethiopia. Although the full details of this partnership are due to be announced on Thursday (April 29), IOG said in a Twitter thread posted earlier today that it could […]
Read More 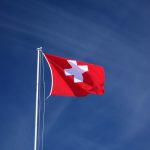 Oh where, oh where to spend my bitcoins (“sparkles”) close to home in the UK?