Cypto Analyst Says These 3 Altcoins Are the ‘Most Undervalued’ in the Top 300: Author – Michael Lavere 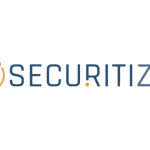