After an early-morning slump as the crypto market waited in anticipation for the Fed meeting, Bitcoin (BTC) prices bounced more than 7% to $58,000 from an intraday low of $54,000. The broader crypto market welcomed Fed Chair Jerome Powell’s words as he reinstated that interest rates would remain at current levels until 2023. Alongside BTC, Ethereum (ETH) and other altcoins rallied to pare this past weekend’s losses.

As expected, the Federal Open Market Committee (FOMC) voted to keep interest rates at low levels, while continuing repo operations of at least $120 billion bond purchases on a monthly basis. In the meeting, the committee also expected core inflation levels to rise, forecasting a long-run inflation rate of 2%. The economic recovery from the pandemic and expansion of the money supply are two major factors that will influence inflationary forces in the near future.

Following the FOMC meeting, the US dollar retreated as Treasury yields dropped. This is positive news for Bitcoin, as investors and institutions will turn to the digital asset as a hedge from inflation and the dollar. As the Federal Reserve opts to not use contractionary monetary policy by raising interest rates, the dollar will likely continue to lose ground. Corporations such as MicroStrategy, Square, and Tesla have opted for Bitcoin on their balance sheets in anticipation of rising inflation. It’s likely that more corporations will look to join in.

Funding Rates Reset: Is the Bottom In? 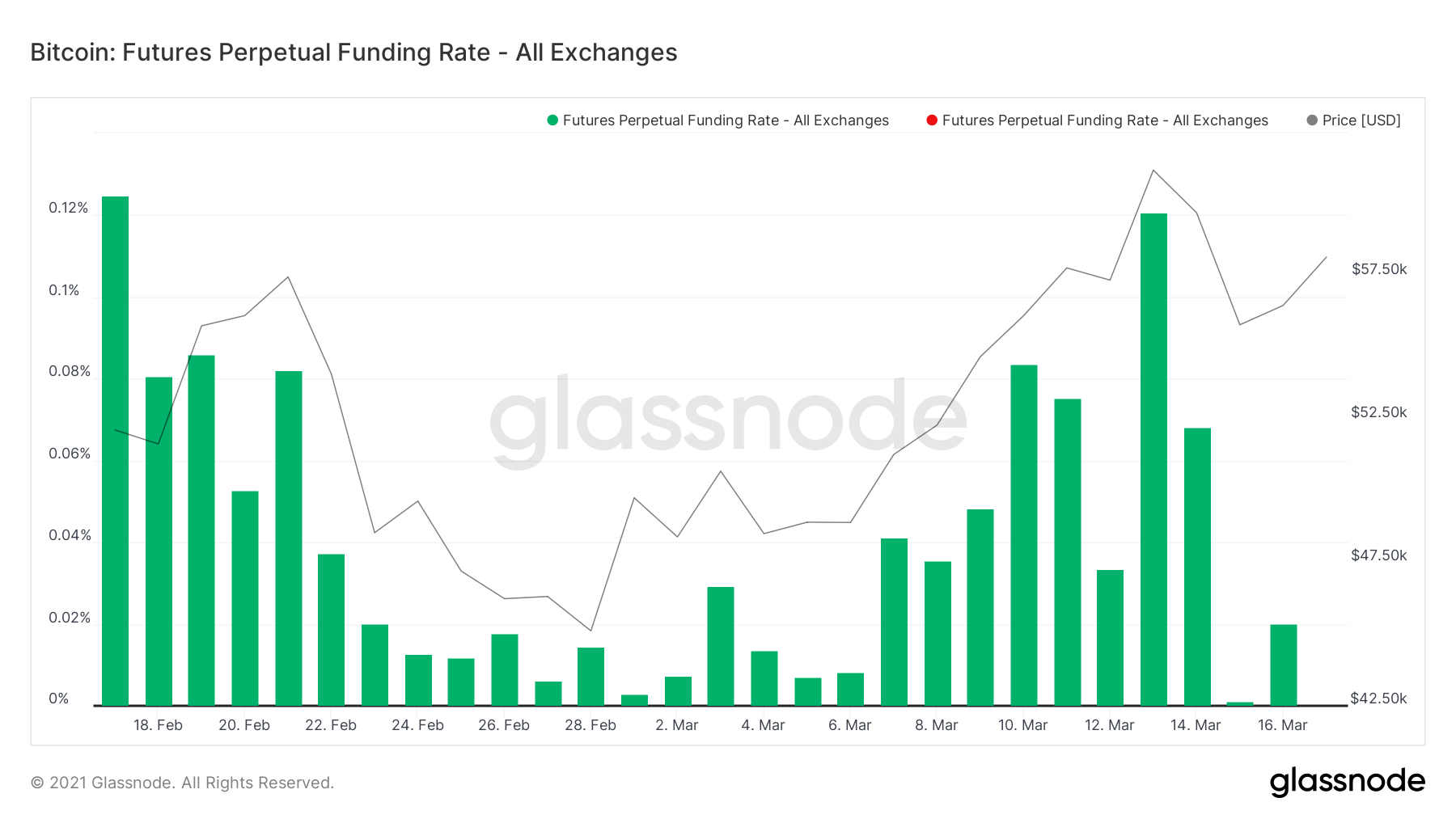 Unique to perpetual futures contracts, funding rates are set by the market and vary depending on long and short demand. Historically, funding rates have tended to correlate with market sentiment. When the market is bullish or bearish, funding rates tend to be positive or negative, respectively.

A low positive funding rate usually indicates that the bottom is near, and Bitcoin may very well be due for a bounce-back to recent highs. However, if funding rates continue to tread down and enter the negative territory, a bearish sentiment may be setting in. Here’s Why One Analyst Expects Ethereum to Tap $275 Before Pushing Any Higher: Author – Cole Petersen