A confluence of two classic technical indicators suggests Bitcoin will hit $50,000 in the short-term.

Dubbed as Bull Flag and Bull Pennant, both the patterns represent a period of consolidation after a strong uptrend, except with different structures. For instance, Bull Flags appear like downward sloping channels, wherein an asset moves lower while leaving behind a trail of higher lows and lower lows.

Meanwhile, Bull Pennants look like a Symmetrical Triangle, wherein the price forms higher lows and lower highs until its upper and lower trendlines converge. Both indicators point to trend continuation, meaning an asset would likely breakout to the upside after exiting their ranges.

The breakout’s length comes to be as higher as the flagpole’s height, i.e., the uptrend before the consolidation.

Bitcoin is forming the two bullish patterns on its one-hour chart, with its previous flagpole’s length coming at $8,750. Therefore, the indicators note that the next price breakout could take BTC/USD as high as $8,725. 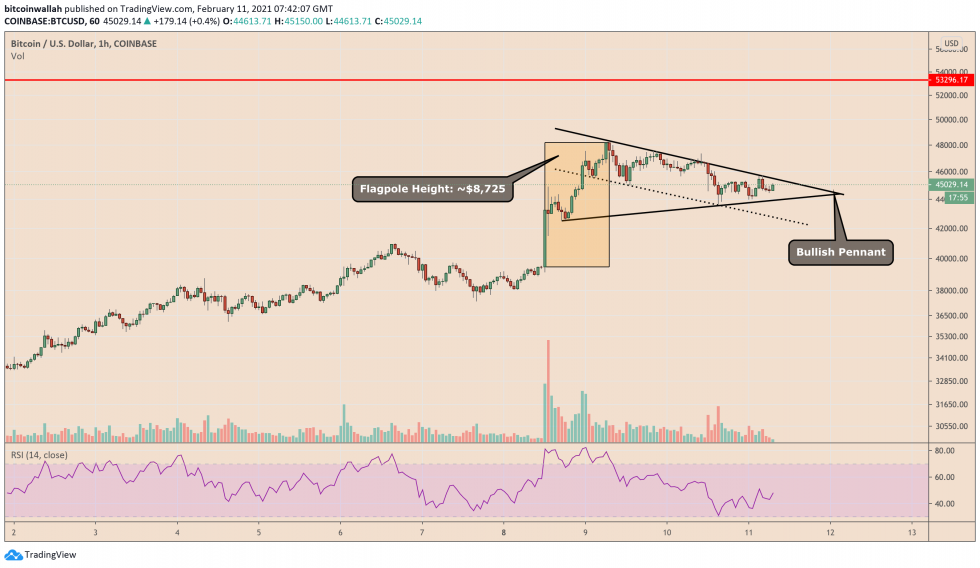 The same theory holds valid for the Bullish Flag indicator, as shown in the chart below, except its breakout target may vary. 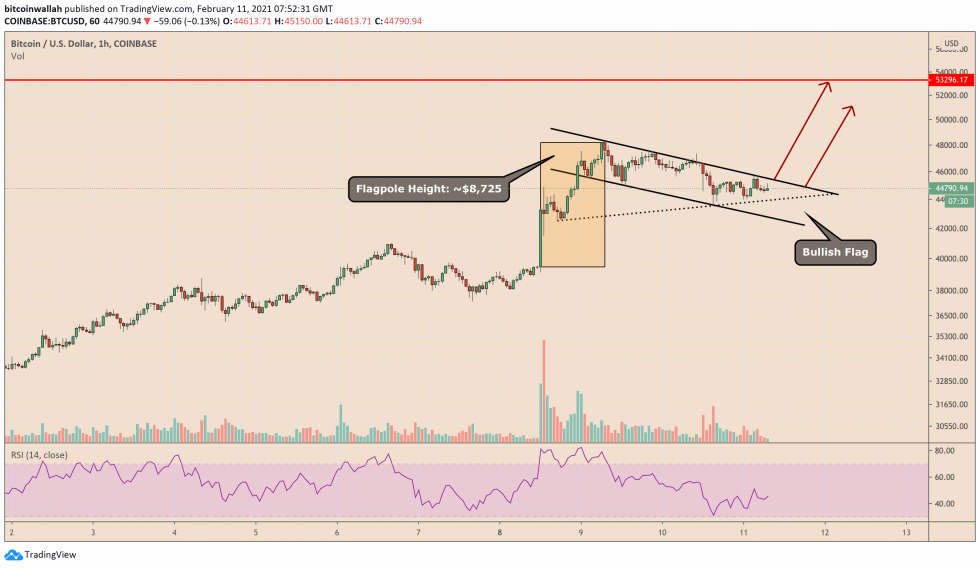 If the retracement goes any deeper than 50 percent, it may invalidate the entire Bullish Flag structure. Meanwhile, a breakout above the upper trendline could lead to a flight higher with a length potentially equal to the flagpole’s size (again, $8,725). The move should accompany a spike in trade volumes and momentum (represented via the Relative Strength Indicator in the chart above).

More reasons to stay bullish on Bitcoin come from recent events, including Tesla’s $1.5 billion investment into the cryptocurrency as an alternative to its cash reserves and Twitter’s hopefulness to copy the trade. Many analysts believe that Bitcoin would become a de-facto asset in the corporates’ balance sheets.

“Bitcoin is engineered to convert your balance sheet from a liability to an asset,” said Michael Saylor, the CEO of MicroStrategy. “It’s a million times better than gold; it moves at the speed of light, more than 100 million people are using it now and approaching 1 billion users in five years, with millennials leading the way.”

Ki-Young Ju, the CEO of blockchain analytics firm CryptoQuant, also noted a spike in stablecoin deposits across all the cryptocurrency exchanges. It typically means that traders are loading up their exchange wallets with dollar-pegged tokens so to use them later to purchase cryptocurrencies like bitcoin. 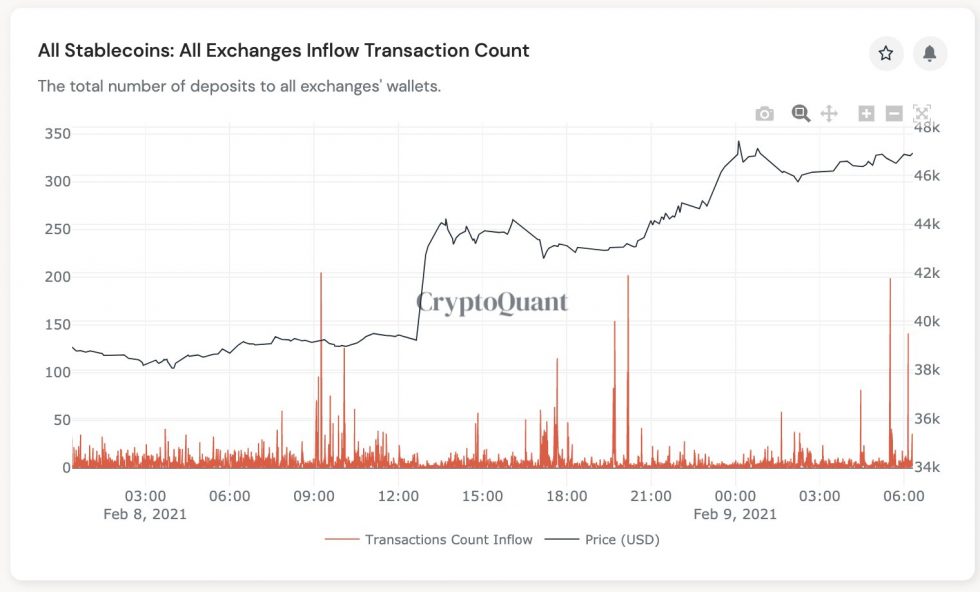 From ICO to IDO: Why Launchpads Should Care About Transparency And Security: Author – Bitcoinist 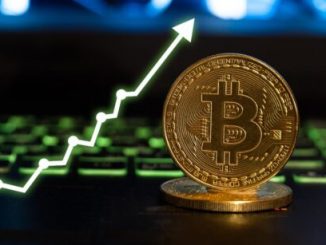 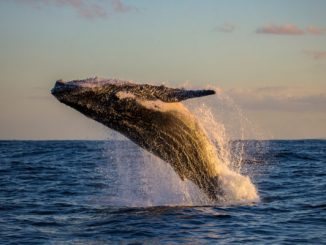 Chainlink Sees “Off the Chart” Exchange Inflows as Whales Look for an Exit: Author – Cole Petersen