Reported By: CryptoGlobe latest articles
In a recent interview, Joseph A. Hall, a former executive at the U.S. Securities and Exchange Commission (SEC), explained why “there’s a good chance” his former employer loses its lawsuit against Ripple Labs. Hall has been partner in U.S. law firm Davis Polk since September 2005. Before that, between October 2003 and June 2005, he was […]
Read More 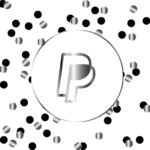 PayPal’s Crypto Trading Goes Live in the US: Author – CFR