The Bitcoin Dominance Index, which pits the flagship cryptocurrency’s market capitalization against the rest of the crypto market, fell to its two-month low on Friday. The index’s move downside appeared as traders pumped the altcoin market by up to $25 billion. In comparison, Bitcoin attracted roughly $14.77 billion within the same timeframe.

The latest capital shift appeared as Bitcoin failed to hold itself past $38,000 for the third time in less than a month.

Many traders anticipated a broader price move towards $40,000, with a primary upside target lurking the previous record high near $42,000. Nonetheless, a stronger US dollar and the prospects of a quicker US economic recovery kept demand for safe-havens dim, limiting Bitcoin’s gains.

The BTC/USD exchange rate slipped below $38,000 and went on to form intraday lows near $36,000. Its flat structure prompted traders to seek opportunities elsewhere, which led to massive short-term pumps across the altcoin market.

The biggest beneficiary was the decentralized finance sector.

Almost every top token listed under the brand name ‘DeFi’ profited from Bitcoin’s stagnancy in the last 24 hours. They included AAVE, a decentralized lending platform, whose token of the same jumped 19 percent, and Maker, a permissionless lending platform responsible for the creation of the stablecoin DAI, whose token MKR rose 35 percent.

Data provided by DeFi Pulse showed a spike in total value locked across the DeFi pools. It reached a record peak of $33.549 billion this Friday, confirming that more traders locked their crypto-assets into the smart contracts to seek attractive short-term yields.

Most of these liquidity pools allow users to deposit altcoins that operate away from the purview of DeFi. They include Ethereum’s ETH which lately achieved an all-time high after its influx into the DeFi pools created a supply crisis across spot exchanges. The token was up 1.67 percent on Friday.

The higher valuations across the altcoin markets sparked fears about a potential dump among some analysts. For instance, Bitcoin evangelist Vijay Boyapati warned about the 2018-like scenario. Back then, an aggressive bull run in the cryptocurrency market later led to capitalization declines of more than 95 percent.

“Many altcoins from prior cycles have gone to zero,” the ‘Bullish Case for Bitcoin’ author said. “I think most in this cycle will too. Perhaps not all, but in the long term the relative market cap to Bitcoin will mean-revert to something small. It always increases with the speculative fervor and dumb money entering.”

Meanwhile, Erik Voorhees, chief executive at ShapeShift, stated that all the cryptocurrencies would trade higher because “the whole industry is growing together, and it is not mutually exclusive.” 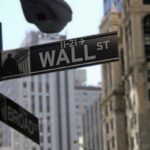 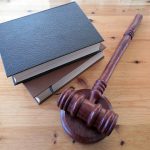