Bitcoin and the entire crypto market have seen some mixed price action as of late, with bulls and bears both being wholly unable to gain a firm grasp of its mid-term trend.

Overall, the price action has favored sellers, with BTC’s bounces growing weaker and weaker as buyers move to the sidelines.

One analyst is now musing the possibility that Bitcoin is on the cusp of seeing a bearish breakdown, with the selling pressure here potentially indicating that a test of its yearly open at $26,000 is imminent.

At the time of writing, Bitcoin is trading down just under 2% at its current price of $31,750. This marks a notable decline from daily highs of over $34,500 set just a couple of days ago.

The sharpness and severity of the slide from these lows suggest that bears have control over the cryptocurrency’s price action. It also indicates that BTC may need to see further downside before its uptrend can continue.

One analyst spoke about Bitcoin’s failed attempt to confirm a swing low, explaining that this is a bearish occurrence compounding the weakness brought about by a bear flag.

“BTC tried yesterday to form a confirmed Swing Low, but failed.  That’s bearish for now.   Starting to bear flag again, opening the door for that move towards a mid-60day cycle low. Daily close above $33,850 bullish.” 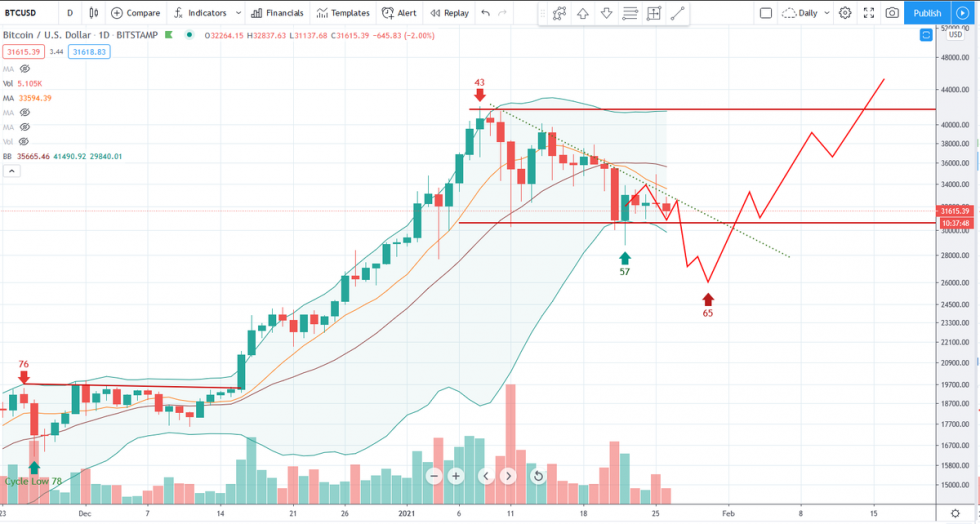 Where the market trends next will undoubtedly depend on Bitcoin and its continued reaction to the key support that exists right around where it is currently trading at $31,000 and $30,000. 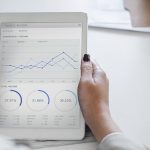 BitMEX CEO Feels Pity for Those Not Long Bitcoin After BTC Surges Above $11,400: Author – Siamak Masnavi