Reported By: CryptoGlobe latest articles
In a recent interview, Miami mayor Francis Suarez said that his city is looking into “having and holding” a percentage of its treasury reserves in Bitcoin. Suarez’s comments about Bitcoin during an interview last Thursday (January 14) with Stuart Varney, the host of FOX Business’ “Varney and Co.” Varney stated the interview by asking Suarez […]
Read More 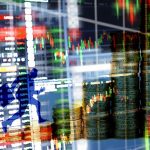 This Trend on Bitfinex Puts Ethereum in a Precarious Position Compared to Bitcoin: Author – Cole Petersen