Bitcoin is seeing an interesting divergence with the aggregated crypto market today, with Ethereum and altcoins all rocketing higher while BTC hovers within the mid-to-upper $30,000 region.

The crypto has continued struggling to gain any serious momentum due to the heavy selling pressure around $40,000, which has sparked a consolidation phase.

This sideways trading bout has been bullish for altcoins, as many have posted notable gains as the benchmark crypto cedes some of its dominance over the market.

One trader is noting that this trend could last for a few more days until Bitcoin reaches the apex of a large triangle pattern that has been formed throughout the past few days.

Bitcoin has been hovering within the mid-to-upper $30,000 region for the past few days, with bulls and bears both being hit hard by a choppy bout of trading.

This has given rise to a market-wide boom amongst BTC’s smaller counterparts, with Ethereum leading the charge with a 7% surge against its BTC trading pair.

Many DeFi tokens have exploded higher, with Sushi, Aave, and others all setting all-time highs.

BTC Likely to Consolidate for 3 More Days; Here’s Why

One trader explained in a recent tweet that Bitcoin could be on the cusp of seeing a major breakout rally, but that it will likely take a few days before this can take place.

In the meanwhile, he believes that altcoins will continue seeing further momentum.

“Three days until bitcoin reaches any ‘relevant’ apex – this means three more days of having fun with altcoins.” 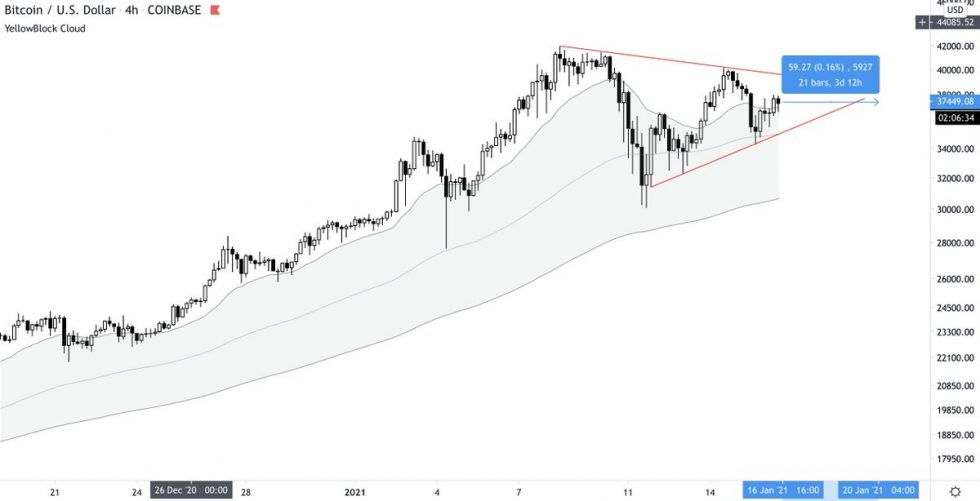 The coming few days should provide insights into where the market will trend in the mid-term, as any significant Bitcoin breakout or breakdown could send altcoins reeling lower. 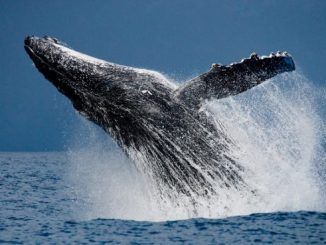