Bitcoin has been showing signs of strength throughout the past day, with yesterday’s slight downtrend resulting in it seeing a prolonged bout of sideways trading.

Where the aggregated market trends in the mid-term should depend largely on whether or not Bitcoin can continue holding above the lower-$16,000 region for an extended period of time.

One trader is noting that although BTC is trading around a high time frame resistance level, he believes that it is flashing signs of strength on its lower time frames.

At the time of writing, Bitcoin is trading up just over 2% at its current price of $16,370. This is around the price at which it has been trading throughout the past few days.

Its current strength may be coming about as a result of this.

One trader said that although Bitcoin is flashing signs of low time frame strength, it is nearing a high time frame resistance level that may slow its ascent.

How Bitcoin responds to these key levels throughout the week should shed some light on where it will trend throughout 2020. 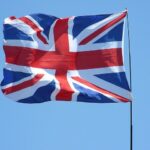