Bitcoin has been rallying higher once again after days of consolidation. The leading cryptocurrency currently trades for $16,100, though went as high as $16,500 just hours ago as buyers stepped in.

Analysts believe that the cryptocurrency could see another leg higher, potentially toward all-time highs.

The same trader that predicted Bitcoin would see a V-shaped reversal in March 2020 recently commented on Bitcoin’s price. He shared the chart below, which suggests that the cryptocurrency is trading in the midst of a textbook Elliot Wave pattern that will likely end with BTC peaking at $18,200 in the coming days, then correct toward $15,000.

Bitcoin rallying to that level from the current price of $16,100 would mark a 13% rally. Analysts think that BTC hasn’t topped yet due to the lack of extreme overleveraging in the futures market and a lack of blow-off top, which is when an asset rapidly rallies to only reverse just hours or days later.

The same trader previously predicted the move above $16,000, sharing the chart below that indicate that Bitcoin would break from under $16,000 toward $17,000. That move seems to be taking place as I write this.

He said on the matter:

“Breakout, retest, strong volume sweep down, retraced the entire volume zone and more. More dump would surprise me. Breakout trading time, above red. 15-15.3 would be an ideal place to bid.”

Better Fundamental Trends Than Ever Before

The fundamentals of Bitcoin are better than ever. The same trader recently shared a confluence of reasons why BTC is looking better now than it ever has before, even if we discount the price action.

The following are some of those reasons: 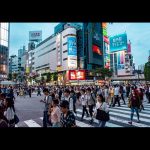