Bitcoin is still trading within the mid-$15,000 region following a period of weakness throughout the past couple of days.

It has been consolidating ever since and may now be on track to see its volatility start ramping up as the global markets start moving based on the vaccine news.

While the benchmark stock indices all rallied multiple percentage points in their pre-market trading hours, gold’s price nosedived – seeing one of the latest single-day selloffs it has seen in quite some time.

Bitcoin has shown signs of being correlated to both stock and gold on separate occasions, making it unclear how this news could impact its price action. It has declined slightly today.

One trader hedged his Bitcoin long exposure after the news broke, noting that it could prove to be highly negative for safe haven narratives.

“Short hedged my BTC 1:1 on vaccine news. Gold dumped so hard it makes me think it’s bad for store of value narratives. Not net short just protected for spot exposure.” 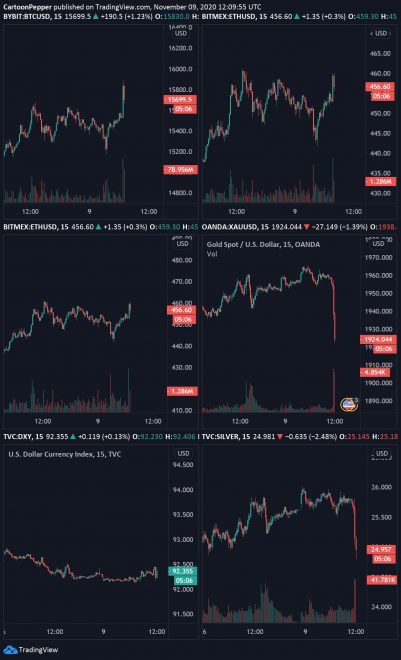 The coming few days should shine a light on whether or not Bitcoin’s independent technical strength will be enough for it to dodge the impacts of this news. 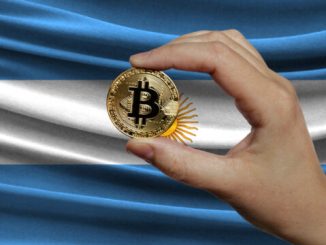