This post was most recently updated on October 28th, 2020

New data from Statista shows that only 7% of Americans have used Bitcoin, pointing towards the fact that the cryptocurrency industry is still only in the infancy of adoption and growth. According to the founder of 10T Holdings Dan Tapiero, it is “still so early” for Bitcoin and cryptocurrencies and that the global asset class has so much room to grow:

The implication stands that the Bitcoin is headed for global adoption, but it will not be instant. With the digital asset still showing volatility, investors are still slightly cautious of investing funds into the cryptocurrency industry. However, as Bitcoin continues to show and hold immense return on investment (ROI) since it was launched just over a decade ago, the industry is showing signs of more mainstream adoption.

Is Bitcoin really the next safe-haven asset?

Referred to as “digital gold”, Bitcoin has become perceived by industry experts as the new safe-haven asset to hedge against the US Dollar. This bullish advocacy is based on the inverse correlation that the fiat currency and the cryptocurrency tend to have. The relationship with Bitcoin and the dollar is similar to that of gold and the dollar; that is, when the fiat sinks, investors look to gold to safeguard their funds.

As of recently, investors are opting more towards cryptocurrency, especially as the dollar struggles to maintain its health as a result of the global pandemic. The global economy has been rattled and the fiat currency has taken a knock, leading to healthy growth in the cryptocurrency industry. This indicates that investors are looking to establish Bitcoin as a safe-haven asset to protect against hyperinflation.

Typically, the adoption of Bitcoin in recent months has been whale and institutional investors. For example, Grayscale, MicroStrategy and Stone Ridge have increased their Bitcoin holdings significantly over the past few months, despite the shaky movement of Bitcoin in March.

Is mass adoption on the cards for Bitcoin?

If institutions continue to buy Bitcoin and traders pick up the demand, the cryptocurrency industry might just see an explosion in adoption. This is especially considering how ‘young’ the asset is, with only ten years of existence and an audience that is still growing.

More and more, the concept of blockchain-based currencies is picking up, with central banks piloting digital currencies (CBDC) to offer citizens the integrated option of digital money together with cash and card. If this move towards digital funds steers users to trust Bitcoin as an alternative store of funds, the market will be flooded with new investors and traders. If this happens, the price of Bitcoin will see a massive surge, which will continue to attract new investors looking to make a profit from the rising valued asset.

Bullish advocacy from within and outside the Bitcoin industry

Moreover, the sentiment surrounding the cryptocurrency industry remains positive. As a sentiment-driven asset, this stands as a major point for those already invested in the cryptocurrency industry to add to their funds, which would result in the price of Bitcoin rising. Prominent Bitcoin bulls, including the Winklevoss twins and economist Raoul Pal, foresee the price of Bitcoin skyrocketing in the medium to long-term future. Pal believes – and reconfirmed his prediction – that Bitcoin will hit $1 million USD by the end of 2025.

In addition to those within the cryptocurrency industry, the intrigue comes from outside investors too. Rich Dad, Poor Dad author Robert Kiyosaki urges investors to look beyond the dollar, which he had advised is suffering from being overprinted and losing value, to safe-haven assets like gold, silver and Bitcoin. Despite the advice, he has admitted that he is not familiar with the technicalities of the blockchain but sees massive value in the industry.

As more financial authorities consider and call on Bitcoin as a secure hedge against fiat or as a valid opportunity to diversify investment portfolios, the cryptocurrency industry will likely continue to see healthy, sustained growth. Should this be the case, the bullish predictions might just be realised and mass adoption might be on the way. 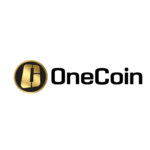