Bitcoin and the entire cryptocurrency market have been caught within a consolidation phase throughout the past few days and weeks.

This bout of sideways trading has done little to provide traders and investors with insight into where it may trend next.

Periods of consolidation as intense as this one are nearly always following by massive movements. The longer and tighter the consolidation phase, the larger the subsequent move will be.

One analyst is now specifically looking towards the conclusion of two ongoing macro events, noting that until they end, BTC will likely continue trading sideways.

At the time of writing, Bitcoin is trading up marginally at its current price of $11,520. This marks a notable climb from its recent lows but does not mark a break above any key technical levels.

The current trading range that it is caught within sits between $11,200 and $11,600. Until one of these levels is broken, it remains in a consolidation phase.

The longer this bout of sideways trading lasts, the bigger the subsequent move will be. Essentially, Bitcoin is like a spring coiling up.

The coming weeks will likely provide immense insight into how the crypto will finish the year.

Analyst: Election and Politics are Holding BTC Back

While speaking about where Bitcoin might trend in the mid-term, one analyst explained that the politics stopping the phase 2 stimulus deal from being passed and uncertainty surrounding the election are both holding BTC back.

He doesn’t believe that the crypto will gain a sustainable trend until these two things come to an end.

“I think BTC trading will continue to be pretty boring until the uncertainty of elections/politics are over. Macro-trend says up. Micro-trend says ‘gimme your lunch money, kid.’”

This indicates that it may be a few more weeks before Bitcoin can garner a trend, which could make its next big movement explosive. 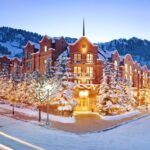