Bitcoin Primed to Move Lower Prior to Rally

Bitcoin is likely to move lower towards $10,700 after the strong $1,000 rally over the past 10 or so days. One crypto-asset trader recently shared the chart below, which shows that the cryptocurrency is consolidating after a strong leg higher.

The analyst thinks that recent price action is setting up for a move toward $10,700, where there is a pivotal moving average, the 0.5 Fibonacci Retracement, and the Point of Control of BTC’s volume profile over the past seven weeks.

Not the Only One That Thinks So

This trader isn’t the only one that thinks Bitcoin is primed to correct. A team of JP Morgan analysts recently stated that the cryptocurrency could move lower as its intrinsic value lags behind the actual market value. The firm derives the intrinsic value of Bitcoin from mining metrics, namely the cost of production:

“The JPMorgan strategists said they calculated an intrinsic value by effectively treating Bitcoin as a commodity and looking at the marginal cost of production.”

Another crypto-asset analyst said that Bitcoin has formed a “sell 9” Tom Demark Sequential candle on its daily chart. This suggests there will be an imminent bearish reversal as “9” candles are often seen when an asset reaches an inflection point in its trend.

That same analyst noted that bearish divergences are forming between the price of Bitcoin on its four-hour chart and the MACD and RSI readings. The RSI and MACD are two crucial technical indicators that show an asset’s trend and trajectory. 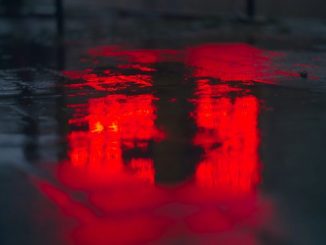