Bitcoin and the entire cryptocurrency market are currently trading sideways. Both bears and bulls have been struggling to take control of the market’s near-term outlook, which may be due to the stock market’s lack of momentum.

One analyst is noting that Bitcoin could currently be caught within the “calm before the storm” – a sentiment that indicates a big move is coming.

The same analyst further stated that he believes Bitcoin would rocket straight up towards $20,000 if it were to breakout today.

At the time of writing, Bitcoin is trading up marginally at its current price of $11,350. This is around the price at which it has been trading throughout the past few days.

Despite the stock market showing signs of weakness and altcoins drifting lower, Bitcoin still has significant buying pressure due to the bullish developments surrounding its adoption as a reserve asset amongst major corporations.

As it continues consolidating, most major altcoins have been slowly drifting lower as investors try to de-risk their portfolios.

Until BTC pushes higher, this trend will likely persist in the near-term.

BTC Would Rocket to Its All-Time Highs if It Broke Out Now; Claims Analyst

While sharing his thoughts on Bitcoin’s near-term outlook, one analyst explained that Bitcoin would likely surge towards $20,000 within the next 3 months if it were to breakout now.

“Calm before the storm. If BTC was to breakout today, it would most probably reach its previous ATH of $20k within 3 months,” he said. 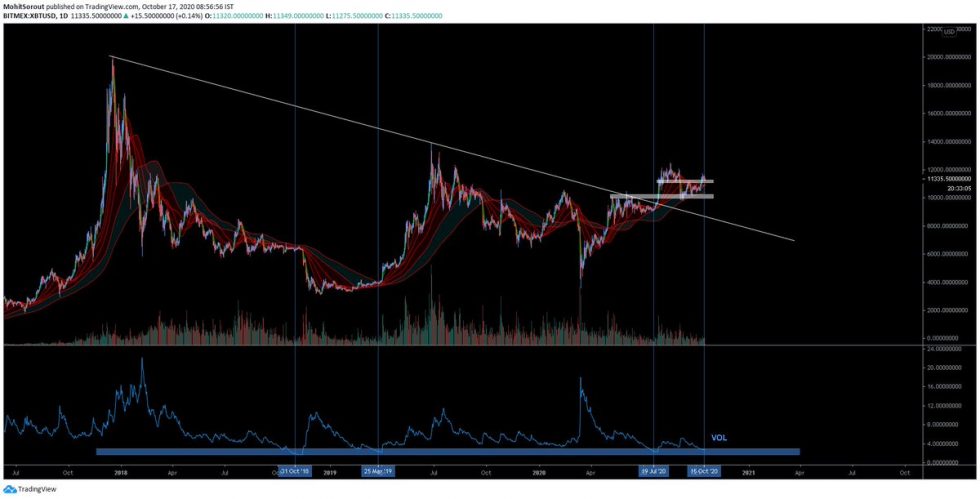 Unless a phase 2 stimulus package boosts the stock market and allows Bitcoin to explode higher, it is unlikely that BTC will be able to breakout until after the elections. 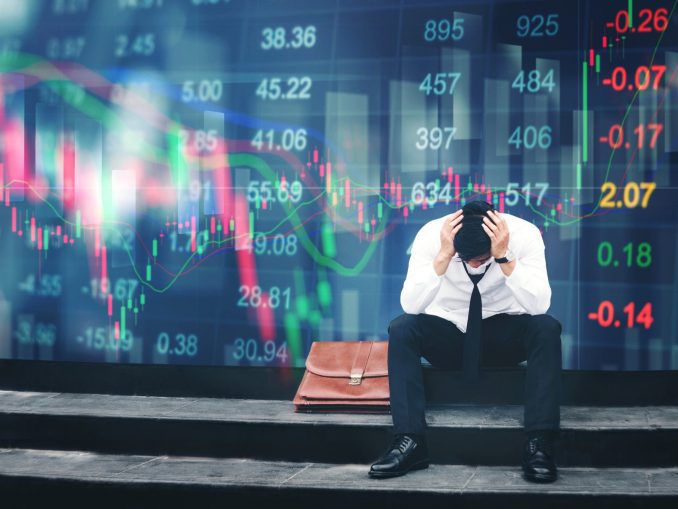