Bitcoin and the aggregated crypto market have struggled to garner any strong momentum throughout the past few days.

This consolidation has come about closely after the series of strong moves that helped lift BTC from $10,400 to highs of $11,700.

The resistance between $11,600 and $12,000 is quite intense, and Bitcoin’s inability to break above this price region thus far indicates that it may continue holding strong.

One analyst does believe that a test of this region could be imminent, setting his sights on a move up to highs of $11,800.

He stated that it might see a rejection here that causes it to plunge back towards the lower-$11,000 region.

At the time of writing, Bitcoin is trading up just under 1% at its current price of $11,550. This marks a notable surge from early morning lows of $11,400 set just a handful of hours ago.

BTC is trading just a hair below where its resistance zone first begins, and $11,600 has sparked multiple rejections as of late.

Even if bulls can surmount this level in the near-term, the resistance between $11,600 and $12,000 may suppress its upwards momentum.

One trader believes that today’s slight push higher may extend all the way up towards $11,800.

He believes that this region contains enough selling pressure to slow its ascent and possibly even cause it to plunge towards $11,200.

“BTC: Think we get some upside here tbh. Poor highs above. Could offer some nice short entries imo ~ still at HTF resistance.”

If Bitcoin can muster up enough support to break above the region between $11,600 and $12,000, it could be in for some massive gains in the near-term. 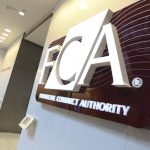 Ethereum Dropping Under This Level Could Trigger a 25% Altcoin Correction: Author – Nick Chong