Sir Richard Charles Branson, best known for his founding the Virgin Active Group, has become one of the most prominent names in the business and entrepreneurial world. With over 400 companies across a range of industries, Branson is an iconic English entrepreneur with a wealth of experience, capital, and investment under his belt. As one of the world’s most illustrious business names, Branson has a spotlight shining fairly consistently on his life – especially on a financial level – meaning any business or investment move he makes is projected the by the media.

This has led to rumours circulating about his current investments; with particular regards to the cryptocurrency and Bitcoin market. It has been suggested that Branson has Bitcoin in his portfolio and that he uses Bitcoin trading as a passive method of adding an extra layer of padding to his ever-increasing capital. In order to address these rumours, research into his public-facing communication about his investment has been conducted. In this, the findings are explored.

What are Richard Branson’s investments?

Included in the list of Branson’s numerous investments are the Virgin businesses, such as the Virgin Airlines, the Virgin Trains which looks to sustainable public transport option, the Virgin Active gyms, as well as investments in the wireless communications field, several global radio stations, a Formula One Team and a tourism company. Among his public-facing investments with shares across industries, he also has private ownership of an island.

What is Richard Branson’s island worth?

According to Business Insider, Branson’s private island located in the Caribbean (specifically around the Necker Island region of the British Virgin Islands), is worth $60 million. For reference to its return on investment (ROI), Branson bought it in 1978 $180,000.

Cumulatively, Richard Branson’s total net worth stands at around $4 billion, according to Forbes.

How did Branson make his fortune?

After founding his first magazine in his teenage years, Branson managed to find a market interviewing celebrities and selling advertising. For the first issue, he had sold nearly $8, 000 worth of advertising space. When he saw tremendous success, he decided to drop out of school to focus on business and the magazine. Further years down the line, Branson started a record business with mail-orders as a niche service offering. At that time, he had a team of 20 employees working for him for what is now the Virgin brand.

Branson has been cited to offer his success in business to luck, timing, and gritty hard work. In addition to this, his risk appetite to take on original ideas and run with them has led to gaining some major wins across his business career.

Has Richard Branson invested in Bitcoin?

While Branson has been vocal about the concept of investing and trading Bitcoin, it has not been to advocate or confirm the rumours. Instead, Branson has taken to criticise those in the Bitcoin industry who use his (and other celebrity) identity to offer scams and conduct schemes to vulnerable users. To address these rumours and put the issue at bay, Branson has a legal team to deal with the fake news regarding his Bitcoin trading. This, in addition to the fact that he has never publically mentioned any confirmed Bitcoin investment, implies that the entrepreneur is not trading Bitcoin and has no connection to any platform or activity in the cryptocurrency industry.

However, he offered that digital currencies and the volatility surrounding Bitcoin could be profitable to traders if they strike with the right timing, saying:

“[There’s] a big industry around Bitcoin. — People have made fortunes off Bitcoin, some have lost money. It is volatile, but people make money off of volatility too.” [Source: Bitcoin.com]

The post Has Richard Branson Invested in Bitcoin? appeared first on 7Bitcoins. 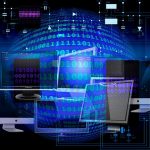